Iain Banks, who died this month, was one of my favourite writers.

In a career spanning twenty-nine years, he wrote an impressive twenty-nine books including the science fiction Culture books (as “Iain M. Banks”: his middle name was Menzies). To my shame, I’ve largely not read very many of these though I would recommend The Player of Games (1987).

But, to the uninitiated, which of Banks’  “mainstream” novels is best to start with? Let’s take a look…

“Two years after I killed Blyth I murdered my young brother Paul, for quite different and more fundamental reasons than I’d disposed of Blyth, and then a year after that I did for my young cousin Esmerelda, more or less on a whim.

That’s my score to date. Three. I haven’t killed anybody for years, and don’t intend to ever again.

It was just a stage I was going through.”

The first book Banks was published when he was still in his twenties and might seem the obvious place to start. Indeed, it’s the first Banks book I ever read, aside from the first Culture novel Consider Phlebas (which I didn’t enjoy).

Be warned though, while brilliant, this is a darker offering than any of Banks’ other books. Frank, the “hero” is a sexually, confused, isolated and, indeed, homicidal teen. His older brother enjoys setting fire to dogs and Frank himself lives in a superstitious dream world, many of his activities (which include fighting a real life giant bunny) are dictated by the factory of the title, a bizarre construction of his own. The book generated a tabloid furore and Banks did well to escape its shadow.

Fact: A stage version of the book has been produced and performed.

Both fairly outlandish books and Walking on Glass is not a total success. I would not recommend either book as a starting point. Yet The Bridge, dealing with the aftermath of a road accident, is one of Banks’ best.

Fact: Iain Banks frequently cited The Bridge as his own favourite of his own novels.

“Two days ago I decided to kill myself. “

A tale of rock and roll excess viewed from its aftermath by bass guitarist Dan “Weird” Weir of fictional band Frozen Gold. Despite the grim opening line (above), it is one of Banks’ cheeriest novels and an excellent place to start.

Fact: Banks admitted he did no research for this book whatsoever.

Banks recently said this attempt at a political thriller was one of the few books he was unsatisfied with. I would agree that it is a disappointing. I would argue A Song of Stone (1997), The Business (1999) and Transition (2009) also represent rare Banks misfires.

“It was the day my grandmother exploded.”

Banks’ masterpiece, a time jumping family saga centring on teen Prentice McHoan and his conflict with his atheist father and quest for his long lost Uncle Rory. The book spans fifty years ranging from Prentice’s own father’s wartime childhood to Prentice’s present. The usual dark humour, discussion of politics, piss-ups, drug use and a murder mystery element are also thrown in. Brilliant.

Fact: A decent TV adaptation appeared in 1996 featuring Bill Paterson and Peter Capaldi (later of The Thick Of It).

A rival to The Wasp Factory, for the title of Iain Banks’ darkest novel this centres on Cameron Colley, a journalist addicted to drugs, computer games and sex who finds himself under suspicion after a series of bizarre murders. Excellent.

Fact: A film version received a limited release in 2000. Most felt Jonny Lee Miller (of Trainspotting), then in his twenties and best known for his marriage to Angelina Jolie, was too young for the main role.

Teenaged Isis leaves her small Scottish cult to explore the outside world. Plot-wise, a bit iffy, but an enjoyable book nevertheless.

Fact: Also known as “Isis Amongst The Unsaved”.

An intriguing premise; the main character is a left-wing British shock jock DJ, but the novel feels a bit rushed.

Fact: One of the first novels to deal with the events of September 11th (an event cleverly evoked by the cover).

The Steep Approach to Garbadale (2007)

The Wopold family made rich by the board game Empire! meet to discuss their future. A return to form for Banks with similarities to The Crow Road.

Stewart Gilmour returns three years after being chased out of his home town. Highly enjoyable.

My review of The Quarry (Banks’ final book) will appear shortly. I am thoroughly enjoying it, however. My only sadness is that there will be no more Iain Banks books to come. He was truly a great author. 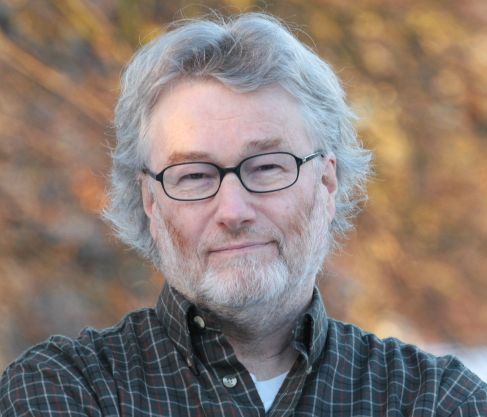 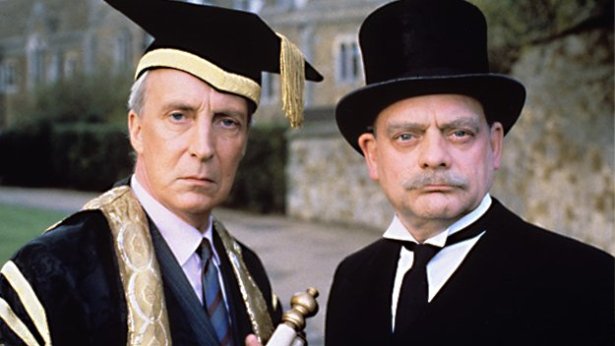 There are few authors who I can claim to have read every single book they have had published. Tom Sharpe, who has just died, aged eighty five, was one such author. Every one of his sixteen books is both funny and incredibly readable.

That is not to say they are low brow either. Although sex, contraceptives, misunderstandings and even famously, a sex doll, famously play a part, Sharpe’s novels are extremely well written and a world away from the low comedy of the Carry On films which were still being published when his novels first began appearing.

His heyday in fact occurred at that time of great low national self esteem, the mid-Seventies. Porterhouse Blue (1975) in which a reforming Tony Benn-style minister is transferred to the position of Master of an ancient and very traditionalist Cambridge college, is for me, his masterpiece. The efforts of the new Master (driven by his domineering wife) to change the rules to enable women to be admitted as undergraduates lead to a fierce Trollopian conservative campaign of resistance from the college notably Skullion, a porter.  The academic shenanigans predate Terry Pratchett’s imaginings about Unseen University and are worthy of comparison with the campus novels of Malcolm Bradbury and David Lodge from the same period. Blott on the Landscape (1975) was similarly excellent while Wilt (1976) drew on Sharpe’s experiences as a college lecturer in an East Anglian polytechnic. Bored of his life teaching English Literature to apprentices and butchers, Sharpe’s hero Henry Wilt soon finds himself wrongly accused of murder after his wife goes missing when Wilt is tricked into being tied to a sex doll at a party. These last misfortunes thankfully never happened to Sharpe.

All three of these books were adapted for the screen in the late Eighties. Porterhouse Blue (starring Ian Richardson as Sir Godber Evans, David Jason as Skullion and John Sessions as the hapless student Zipser) and Blott on the Landscape starring David Suchet and George Cole both worked well on TV, adapted by Malcolm Bradbury. Wilt (1989) a film starring Griff Rhys Jones and Mel  Smith was entertaining in its own way but as a version of the novel, it was poor. Wilt would appear in four more Sharpe novels.

After a hugely successful thirteen years, Shape published nothing after the third Wilt novel Wilt On High (1984) until he produced a sequel to porterhouse Blue Grantchester Grind (1995). Although not a particularly memorable sequel, Sharpe’s later books are still enjoyable, although by this time increasingly less in keeping with the times – characters still, for example, use telephone boxes a surprising amount despite the advent of mobile phones.

But to say Shape’s books are of their time is a weak criticism. The same is true of the works of Dickens, Wodehouse and Waugh, indeed of every book ever written.

The Throwback, The Great Pursuit , Wilt. One hopes such books will endure and continue to be read. It is a shame Sharpe never wrote an autobiography. The details of his past would surely have made for a great book in itself. Sharpe’s mockery of the South African Apartheid regime, a theme of his first two British novels Riotous Assembly (1971) and Indecent Exposure (1973) saw him expelled in 1961, something he remained angry about for the rest of his life. As a child, his family also risked internment. His father who died in 1944 was a fascist sympathiser and a friend of William Joyce (Lord Haw Haw).

As it is, sixteen very funny books is a fine legacy from one of the greatest British comic writers of the 20th century. 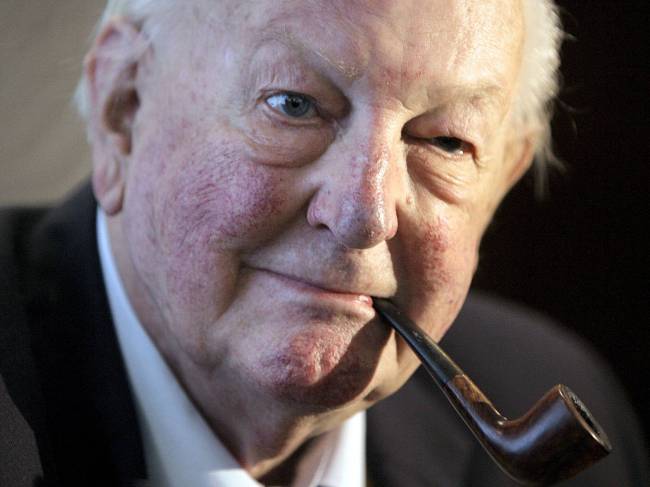