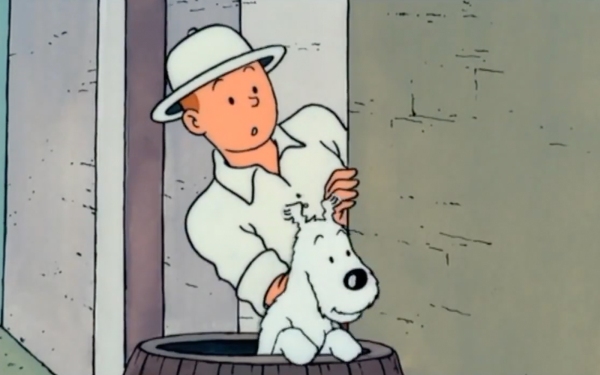 There has probably never been as successful a European cartoonist as the Belgian, Georges Remi, aka Hergé (1907-1983). The man behind the twenty-four hugely popular Tintin adventures is justly celebrated as a formidable creative talent. Yet the real Hergé was a more complex and often much less lovable character than his most famous creation. Prone to overwork and occasionally extramarital affairs, Hergé’s life and career have been clouded in controversy with the cartoonist accused of racial stereotyping and of collaborating with the occupying Nazi regime in Belgium during the Second World War.

The truth, as detailed in Sian Lye’s well-researched and very readable book is fascinating.

A former local journalist who later moved into public relations, Terry Pratchett grew from being a cult comic fantasy author in the 1980s to becoming the bestselling author in the UK of all in the 1990s. Biographer Marc Burrows does an excellent job detailing the prolific Discworld and Good Omens author’s busy life and extensive back catalogue – no mean feat as the Discworld series alone comprises 41 novels – successfully emulating Pratchett’s own literary style as he does so, with numerous witty footnotes throughout. Burrows also details the progress of the Alzheimer’s disease which sadly blighted Pratchett’s final years leading to his death in 2015, aged 66.

I spotted only one mistake: Pratchett never reported on the assassination of Egyptian President Nasser as this event never happened. Perhaps the author meant Sadat? At any rate, this should not detract from Burrows’ achievement. Apparently, Pratchett’s official biography has not been written yet. Whoever writes it will have their work cut out surpassing this.