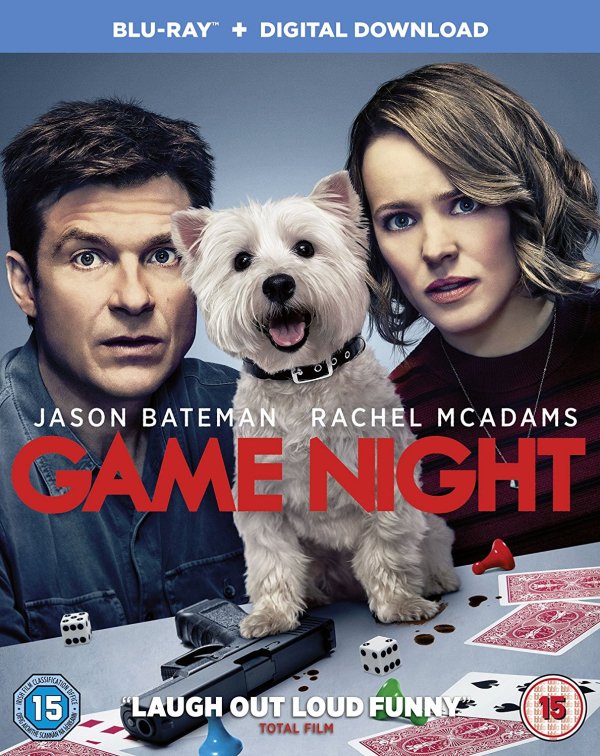 Thirty-something couple, Max and Annie Davis (Jason Bateman and Rachel McAdams) like games. Nothing weird, just simple quiz games, or perhaps charades or Pictionary, usually with a group of friends once a week at their house. Ultra-competitive, the couple first met during a particularly exhilarating quiz session while Gary even managed to incorporate his successful marriage proposal into one of their ‘Game Nights’.

The only awkward point about this arrangement is Gary, their next-door neighbour. An intense and socially maladjusted cop, Gary (Jesse Plemons) is more the ex-husband of a friend than a friend in his own right and with his marriage now a thing of the past, Max and Annie are not particularly keen to invite him over.

The other fly in the ointment is Brooks (Kyle Chandler), Max’s rich, successful and similarly competitive brother. Brooks’ occasional visits have a way of getting under Max’s skin. Indeed, it is during a special “Game Night” apparently initially organised by Brooks, that Brooks is kidnapped. Here the fun begins: is the “kidnapping” just part of a game or has Brooks been genuinely abducted after getting involved in some shady business dealings? And, more to the point, if, as seems likely, Brooks is in genuine trouble, will Max and Annie and his four game-obsessed friends ever realise what’s going on?

Game Night is a good, lightweight piece of evening entertainment boosted by a strong cast which includes TV’s Catastrophe star, Sharon Horgan and a wonderfully intense turn from Plemons as cop next door, Gary. There are lots of fun film references – Lamorne Morris and Kylie Bunbury play a couple under strain after she blurts out that she once had sex with a celebrity whose name she won’t reveal – and Rachel McAdams and Billy Magnussen particularly demonstrates again their real comic flair, the latter as Ryan, the least intelligent person in the film.

At one point, it is revealed, Max’s stresses about Brooks are hampering his attempts to help Annie conceive: an unnecessary element in what is essentially a far fetched escapist comedy. This aspect also makes Max and Annie seem even more like Chandler and Monica Bing in the later episodes of TV’s Friends.

But in general, this is an enjoyable, forgettable diversion: a welcome Saturday night alternative to your own game of choice, be it Risk, Scrabble or ‘Naked’ Twister. 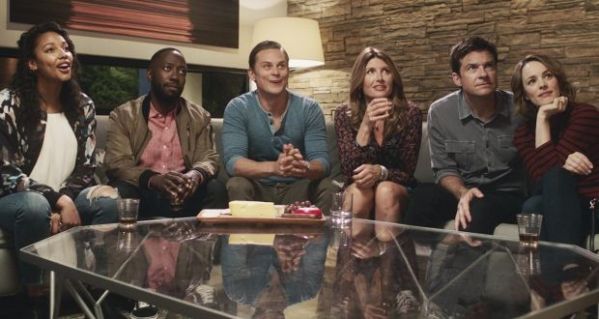