A full quarter century after his first appearance as a nasal East Anglian sports commentator on Radio 4’s On The Hour, the socially maladroit, Daily Mail reading North Norfolk disc jockey returns in his second series of Mid Morning Matters. Although it has been five years since Alan last appeared in this format – his book, I, Partridge and generally successful big screen outing Alpha Papa coming in between – little has changed for Alan in the ensuing period, despite occasional visits from his girlfriend Angela (Monica Dolan, introduced in the film).

Otherwise, Alan is his usual barely tolerable self regardless of whether he is getting drunk and tucking into a “beef sponge” during an on air book group feature, subjecting his captive audience to his own dramatised version of the lives of William and Kate, revealing his darkest fantasies about TV presenter Julia Bradbury or simply tormenting the hapless “Sidekick Simon” (Tim Key), this is often awkward but always enjoyable.

1. Kevin & Perry Go Large (2000)
Harry Enfield and Kathy Burke’s sex-starved teenage creations followed the “going on holiday” formula favoured by many British sitcom movie adaptations ranging from On The Buses to The Inbetweeners, this time going to the party island of Ibiza where they run into a malevolent club DJ played by Rhys Ifans.
VERDICT: Neutral

2. The League of Gentlemen’s Apocalypse (2005)
With a tricky postmodern plot in which the creators of the TV series decided to destroy their own creations, the Royston Vasey cast made an awkward transition to celluloid, the cast later moving onto work on dark TV successes Sherlock, Psychoville and Doctor Who.
VERDICT: Failure

3. Bean: The Ultimate Disaster Movie (1997)
Loved by some, hated by others, Rowan Atkinson’s hapless hero performed well in his feature debut directed by the late Mel Smith. A sequel, the self explanatory Mr. Bean Goes On Holiday appeared a full decade later.
VERDICT: Success

4. Alan Partridge: Alpha Papa (2013)
A-ha! Norwich’s favourite son played by Steve Coogan was transposed to a siege setting in this enjoyable film version of a dramatic event in the egocentric local radio DJ’s life. Partridge seems cooler and even slightly younger than in recent TV outings although never loses his essential naffness. Long suffering PA Lynn (Felicity Montagu) and Sidekick Simon (Tim Key) return although Mike the Geordie (Simon Greenall) appears to be killed off. A sequel is expected.
VERDICT: Success. “Lovely stuff” (not my words. The words of Shakin Stevens). 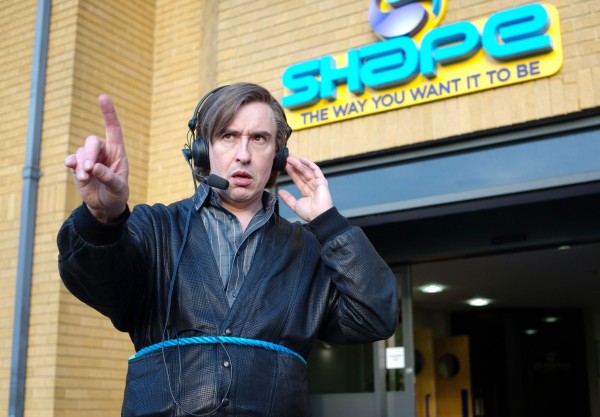 6. In The Loop (2009)
This well received version of the excellent BBC political sitcom kept its most memorable character, foul mouthed spin doctor Malcolm Tucker (Peter Capaldi) but other regulars from the series such as Chris Addison appeared under new names to accommodate the “Special Relationship” themed storyline. Tom Hollander crops up as an inept minister while American actress Anna Chlumsky made an appearance paving the way for her role in the US sitcom Veep (also largely penned by Armando Iannucci).
VERDICT: Success

7. Guest House Paradiso (1999)
Certainly very very very close to being the film version of slapstick sitcom Bottom starring Ade Edmonson and the late Rik Mayall (and yes, it still hurts to write that). But technically the names were changed. And this wasn’t very good.
VERDICT: Failure

8. The Inbetweeners Movie (2011)
Proof that British sitcoms really can work on the big screen, the tale of four sex-obsessed lads going mad in Crete was a big hit, despite resorting to the overused “holiday” formula (see also: Holiday On The Buses, Kevin and Perry Go Large, Mr. Bean Goes On Holiday). It also doesn’t end properly. It enjoyed the biggest box office opening weekend for a British comedy film ever, however, and the sequel (out now) seems to be doing even better
VERDICT: Success