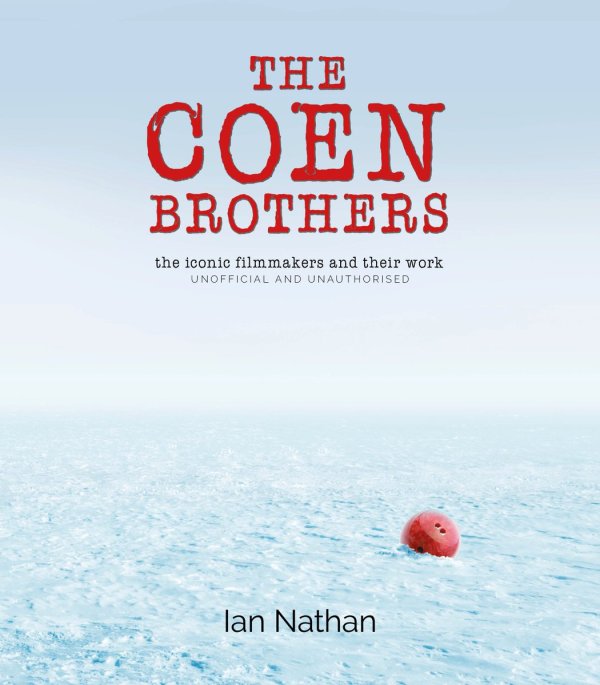 There are certain questions every Coen Brothers’ fan should know the answer to.

Why is The Big Lebowski set during the 1991 Gulf War?

Why is Fargo called Fargo, when it is actually set in nearby Brainerd?

Where does the name O Brother Where Art Thou? come from?

Which non-Coen Brothers’ film starring Diane Keaton helped them get over a particularly nasty bout of writers’ block?

Which is their only remake? (Yes, there is only one!) 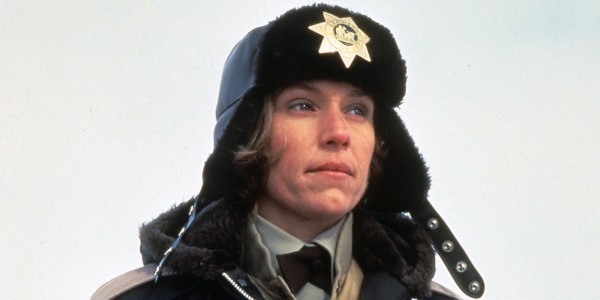 Happily, all these questions and more are answered in Ian Nathan’s comprehensive and beautifully illustrated coffee table book which gives an invaluable insight into all of the nearly twenty films they have directed since 1984’s Blood Simple (not to mention, the many others such as Bad Santa and Bridge of Spies which they had a hand in). 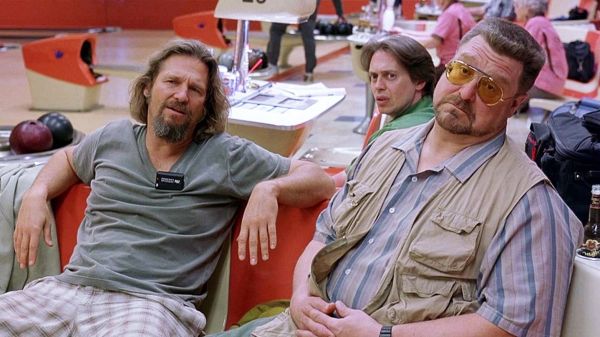 Essential for Coen Brothers’ fanatics everywhere and strongly recommended for everyone else. 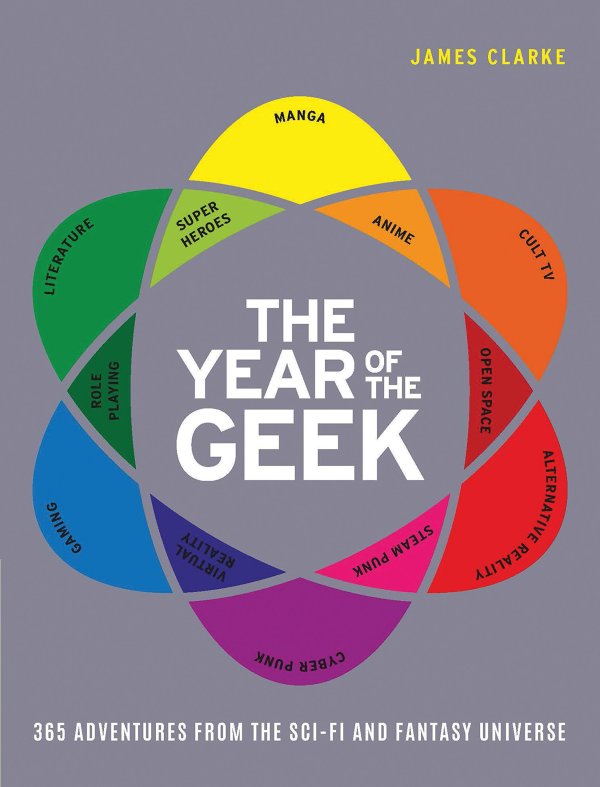 The Year of the Geek: 365 Adventures From The Sci-Fi and Fantasy Universe, by James Clarke. Published by: Aurum Press.

When did it become fashionable to become a geek? Geekiness is, after all, surely after all, by definition a shameful, untrendy preoccupation. Does this mean that anyone who claims to aspire to be a geek is necessarily a pretender to the nerd throne?

Well, no. Some people blame this trend on things like US sitcom Big Bang Theory and the excellent but now defunct British near equivalent The IT Crowd. But, in truth, this tendency which has resulted in websites like Den of Geek and books like this, has always been there. After all, you can’t get Spider-man without meeting Peter Parker first.

This book takes a chronological approach with a different geek anniversary highlighted for every day of the year. This, it must be said, is potentially of some use to someone who writes professionally on geek issues like me.

May 25, for example, is the anniversary of Star Wars’ US release in 1977. Lord of the Rings’ author JRR Tolkien was born on January 3rd while even the fictional birthday of Harry Potter (July 31st 1990) is noted.

Some of the anniversaries are arguably not very major (the fourth season premiere of Babylon 5 on November 4 1995 is commemorated – as if any of us would forget this date anyway?) Some are arguably not very geeky (the outbreak of the First World War in 1914) but are interesting anyway. There is some discussion of each anniversary.

What elevates this book above the norm, however, is the innovative use of infographics used to illustrate a rich array of charts which demonstrate everything from the longevity of respective Doctor Who actors to the box office success of the Star Trek films.

An excellent addition to the coffee table of every socially maladjusted maladroit in the land.

In 1978, Alan Moore decided to quit the job at the Northampton gas board and dedicate himself full time to breaking into the comics industry as a writer. It was a high risk strategy. He was twenty-four years old and his young wife was pregnant. But Moore saw it as his last chance to exchange the job he hated for the career he loved.

Success came slowly with occasional one-off stories (Tharg’s Futureshocks) in the new science fiction comic, 2000AD. Later, came Skizz, D.R. and Quinch and my own personal favourite, The Ballad of Halo Jones. More success came through the short-lived and inappropriately titled Warrior comic (it was not war-related at all). Moore provided the backbone to the comic between 1982 and 1985, most famously with V For Vendetta, set in a late 1990s futuristic fascist dystopia. He also wrote Marvelman, now known as Miracleman, a promising superhero strip derailed by a legal dispute with Marvel Comics. This proved an forerunner to his greatest success, Watchmen for DC.

Today, Alan Moore is still in Northampton, in his sixties and is renowned as one of the most successful comic writers ever albeit one with a bit of reputation for disputes with his employers or prospective filmmakers attempting to adapt his works (Moore has famously never seen any of the four films directly based on his own comics).

His fascinating story is detailed thoroughly by the always excellent Lance Parkin in this comprehensive biography.

Book review: Whoniverse – An Unofficial Planet By Planet Guide To The Universe of Doctor Who From Gallifrey To Skaro by Lance Parkin.

The Doctor is in. And he is is likely to remain in for some time. Even ignoring the inconvenient interruption of the years from 1989 to 2005 (when generally speaking, Doctor Who was not on TV), the series nevertheless has an impressive legacy, stretching back to 1963. And the universe within the show, helpfully covered by Lance Parkin here, obviously covers countless millennia and numerous imaginary worlds and timelines.

It perhaps goes without saying that this is a book for true fans of the series, starting as it does with almost academic sounding chapters entitled “the structure of the universe” before launching into accounts of the likes of Kaldor, Peladon and The Shadow Proclamation. This is not a history of the series or an episode guide but a guide to the wider Who universe. In truth, I am perhaps not a big enough Who fan to fully appreciate it. Many others would.

That said, with great pictures throughout taken from the show and the long running Doctor Who Magazine, this would be a worthy addition to any coffee table.

Joss Whedon was born to be a writer. Not only were both his father and grandfather, successful writers of radio and TV but he even managed to have an unhappy childhood. How could he fail?

As one of Whedon’s colleagues puts it: “if Joss had had a single happy day at high school, none of us would be here.” He proved equally socially awkward in the UK as well as the US, attending Winchester School in Hampshire the early Eighties. In short, he was geek long before it was fashionable.

As an adult, Joss Whedon would become one of the most accomplished TV and movie writers of the last twenty years. But he’s certainly had his ups and downs as Amy Pascale’s wonderfully thorough biography reveals.

His first job, writing for sitcom Roseanne was generally frustrating with only one of his scripts really getting to the screen, albeit in a particularly good episode in which cynical daughter Darlene (Sara Gilbert) has a poem read out at school. Whedon’s first film also had a neat twist: what if one of the dippy high school girls (a “Buffy”) typically killed off in horror films early on, asserted herself and became a vampire slayer herself? But Whedon was young and lost control of the project. The end result in 1992 (the film Buffy the Vampire Slayer starring Kristy Swanson) was technically a hit but pleased few people who watched it, least of all Whedon himself. Something similar happened with Whedon’s later attempt to revive the Alien franchise, Alien Resurrection. Whedon’s script was good but the directors, the Jeunet brothers went their own way.

Whedon’s attempts to save Waterworld from disaster also fell on deaf ears largely due to resistance from star Kevin Costner. Whedon found the production of the 1995 sci-fi film in disarray. “This guy has gills man! What on Earth were you guys thinking?” Whedon recalls thinking on his arrival.

However, when Whedon’s script doctoring has been given full rein as in the cases of Toy Story and Speed, he not only “saved” both movies, but made them amongst the most memorable films of the Nineties. Actress Sandra Bullock to some extent owes her career to Whedon’s love of strong female characters for transforming her winning turn in Speed into her breakthrough role.

It was the return of another such character Buffy, now played by Sarah Michelle Gellar now on TV which brought about Whedon’s most perfectly realised project and the main topic for much of this book. Building on the foundations of ground-breaking mid-Nineties teen dramas My So-Called Life created by Winnie Holzman and Christopher Keyser and Amy Lippman’s Party of Five, Buffy was never massive ratings hit but nevertheless changed TV forever. With the characters speaking in their own witty highly sophisticated lingo reflecting Whedon’s love of Shakespeare, Buffy also spawned classic episodes Hush (in which all of the main characters are temporarily rendered speechless), The Body (in which Buffy’s mother dies suddenly, echoing the death of Whedon’s own mother ten years earlier) and Once More With Feeling (the hugely acclaimed musical episode).

Buffy also spawned the successful spin off Angel. Yet Whedon’s career faced a setback in 2003 and 2004 when he suddenly went from being the master of three series – Buffy, Angel and sci-fi drama Firefly – to the master of none when all three shows ended. Just as Whedon revived the failed film of Buffy for TV with huge success, acclaimed but short lived TV show Firefly was revived for the big screen as Serenity. But though good, the film too failed at the box office.

Although clearly a huge Whedon fan Amy Pascale never shirks from dealing with Whedon’s failures (TV show Dollhouse flopped, various projects such as an animated series of Buffy never got made) to his successes which include a production of Much Ado About Nothing to the current TV series Agents of S.H.I.E.L.D. as well as the recent huge smash hit movie Avengers Assemble. Amy Pascale has produced an essential guide to one of the greatest screenwriters of our time as he enters his fiftieth year.