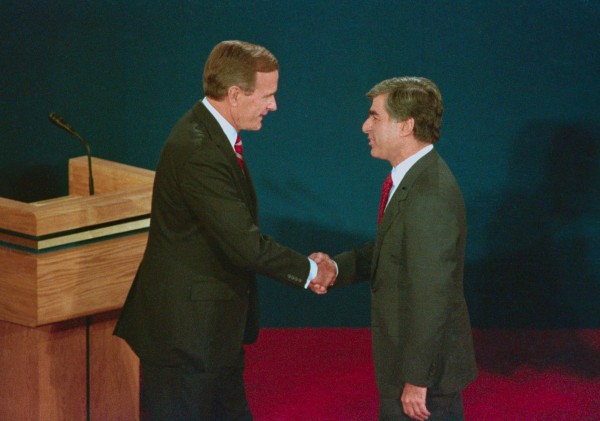 It’s about George HW Bush (or as he was known then “George Bush”). That is, The Boring One.

Like episodes of the US sitcom Friends, US presidents can be easily identified in this way. There’s The Corrupt One Who Resigned, The Cool One Who Got Shot, The One Who Couldn’t Walk and many more. The only downside is there are too many eligible for the title The Stupid One.

To be fair the first Mr Bush was not actually stupid. This makes him unique along with Eisenhower amongst post-war US Republican presidents in being neither stupid nor a crook. 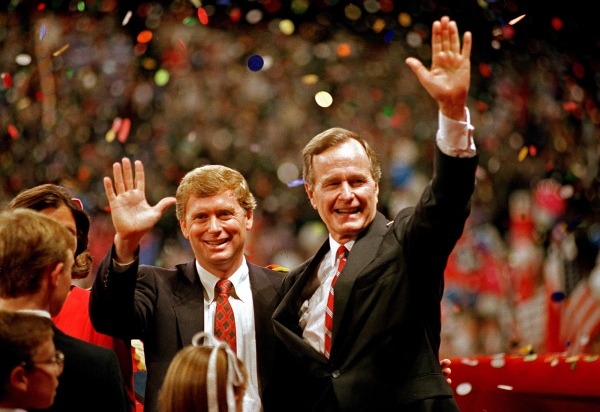 “What’s wrong with being a boring kinda guy?” he admitted and he had a point. You can’t have two Nixons, two Reagans or two Clintons in a row. You need someone dull in between. In Britain, we went for the similarly nice but dull John Major around this time. Two Thatchers in a row would have finished us off.

It was also a sensitive time on the international stage. Someone like Reagan or the second Bush would have been a disaster in the delicate period which saw the Berlin Wall come down, the USSR collapse, Apartheid end in South Africa and UN forces liberate Kuwait. Someone like George W Bush would have ignored the UN and escalated the war disastrously into Iraq without any thought as to the likely consequences. In fact, later on he did just that.

The 1988 elections did grab my interest though. I was only eleven and I hadn’t even noticed that the nation which had produced Garbage Pail Kid  stickers had elections before. The large number of contenders involved grabbed my interest. It also didn’t hurt that British politics looked fairly dull at the time with Thatcher looking invincible as she approached a full decade in power.

I was less partisan then and thus more detached. The Republicans were torn between Bush and grumpy old Bob Dole who lost support after snarling that the Veep should “quit lying about his record” something that made him look like a sore loser after a primary defeat. There were others. Evangelist Pat Robertson represented the Religious Right lunatic fringe. The fact that Rupert Murdoch backed him tells us two things: one, that Murdoch wielded very little influence in the US back then. Another that Murdoch contrary to myth does not back winners, just people who share his own reactionary views. 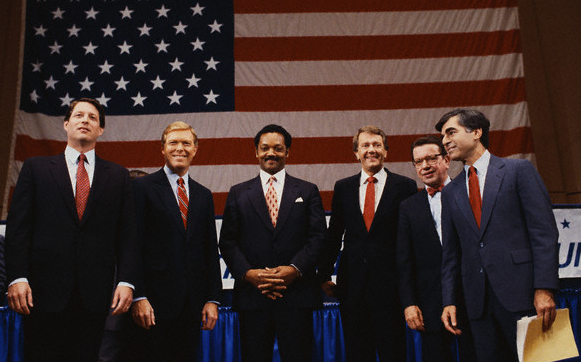 Who would oppose Bush? The Democrats were unkindly referred to as the “seven dwarves”, a funny reference even though there were actually more than seven of them and they were not all short. 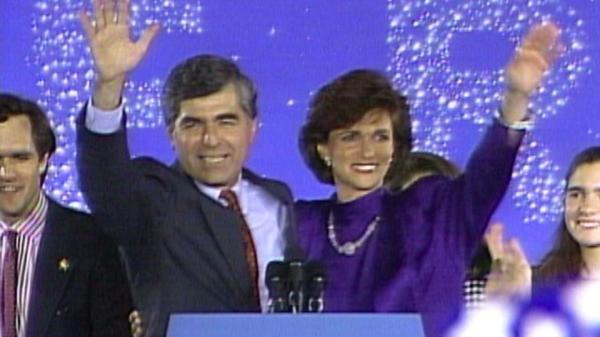 Michael Dukakis (in fact, only 5 ft. 6) emerged as the nominee. People don’t tend to remember presidential election losers and while I’m sure many Americans remember him, I doubt many Britons do. “Duke” is even less famous than many of those who opposed him in the primaries. Jesse Jackson, his main opponent for the nomination, came closer to the presidency than any other black man before Obama. Al Gore similarly is the only man to have won the US presidency (in 2000) and not actually become president. Another contender was Joe Biden who is in fact Obama’s Vice President today. Biden withdrew after it turned out one of his speeches had been stolen from one by Labour leader Neil Kinnock (an unknown figure in the US). 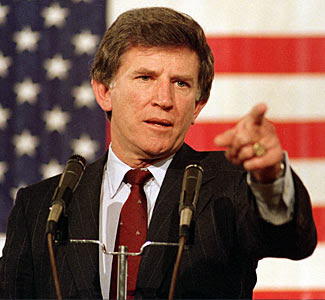 Early favourite Gary Hart meanwhile earned eternal notoriety for his spectacular fall from grace in a sex scandal, something that apparently discouraged Arkansas governor Bill Clinton from running until 1992.

Dukakis looked like a strong candidate at first leading the privileged unexciting Bush by around 15% in the summer. His rhetoric was Kennedy-esque. His running mate Lloyd Bentsen also memorably smashed Bush’s disastrous choice of vice president Dan Quayle in the TV debates destroying him with the words “You’re no Jack Kennedy.” 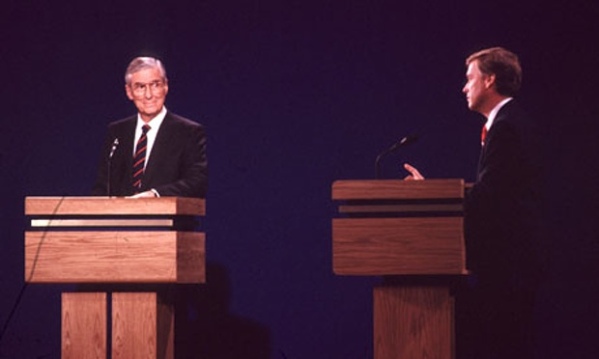 But Dukakis, though in some ways a better man than Bush, was undeniably a weaker candidate, slow to respond to often unfair attacks and lambasted for his controversial opinions on the death penalty (he opposed it) and “liberalism” by this point an insult in the US political lexicon.

Bush seemed to offer a continuation of the Reagan boom years and a continuation of the tax cuts better off Americans had enjoyed. “Read my lips. No new taxes” Bush intoned, probably the most famous thing he ever said. He was foolish to promise it. Thanks to Reagan, the deficit was already woefully out of control. Bush would soon introduce the second biggest tax increase in US history. And by then there would be a recession.

How closely did I follow all this as an eleven year old in Peterborough in 1988? Not THAT closely. I had other distractions: a school trip to Pwllheli in Wales, youth club, the difficult transition from junior to secondary school, reading Douglas Adams books, riding my BMX, a family holiday to the Netherlands, reading, writing and drawing comics, watching Neighbours, seeing Who Framed Roger Rabbit at the cinema, experiencing the first stirrings of adolescence.

But my interest in US politics had begun. Both Dukakis and Bush are retired now and in advanced old age. If you want to see them now, they appear on TV briefly in the opening minutes of the 2001 film Donnie Darko. 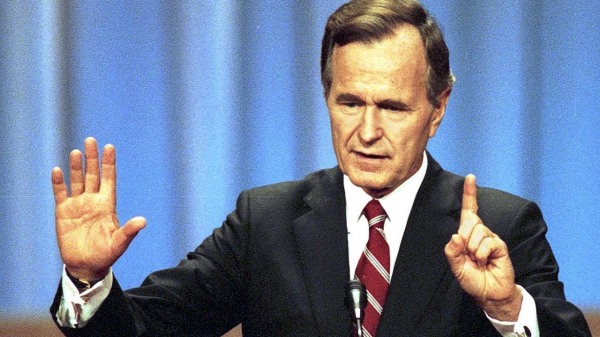