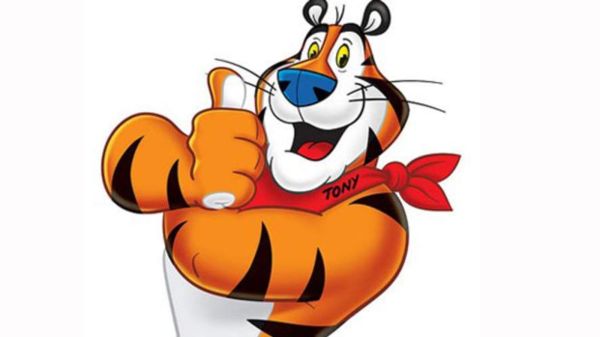 1. Tiger King: Netflix series. I’ve not seen this yet! But I must do soon as I hear about it everywhere I go (i,e. the kitchen, lounge and bathroom).

4. Tygra from Thundercats. The “boring one” of the Fab Four, a bit like George Harrison or Mike from The Young Ones.

5. Rod’s Tiger: Popular comic story about a boy and his pet tiger which ran in Buster comic between 1981 and 1983. A pun on the name of the actor, Rod Steiger. Not really! I made this one up.

6. Tigger: From Winnie the Pooh. Immortalised in the William Blake poem: “The wonderful thing about Tiggers…” (I think?)

7. Battle Cat: From He-Man. Transformed from a very anxious green tiger called Cringer into a gruffer (he could speak) more aggressive feline when his master became He-Man. Technically, as he was an alien he might not have actually been a tiger in the same way that the Ewoks from Star Wars are not really bears.

8. Tiger Woods. A golfer. Clemenceau, the French leader at the time of the Versailles Treaty in 1919 nicknamed, “The Tiger.” Neither in fact shared many attributes with tigers. Tigers cannot play golf and no tiger has ever attempted to impose reparations on 1920s Germany.

9. Tiger used to sell oil in the 1980s. “Put a tiger in your tank.” I seem to remember the adverts being much duller than this slogan would suggest with some slow music, some oil running along the ground and a real tiger appearing (the only real tiger on this list). My research suggests some of the adverts were more fun, however.

10. The Tiger Who Came To Tea. Popular children’s book by the late Judith Kerr.

11 (still ten overall as 5 was a cheat!) Tiger Tim: Very old comic character. The UK tennis player Tim Henman is sometimes nicknamed ‘Tiger Tim’ too. I remember nothing about Tiger Tim other than that he wore a blazer, as indeed does Tim Henman sometimes. Was the choice of a ‘blazer’ intended as some sort of clever pun on Blake’s ‘burning bright’ poem? Answer: probably not.

Let’s just make things clear: despite the name, this isn’t a book, it is a film. Nor is it the famous Disney cartoon, the one you probably saw first as a child and doubtless have fond memories of. It also isn’t the forthcoming one with Cate Blanchett and Benedict Cumberbatch in either. That’s Jungle Book: Origins, due out in 2018. Finally, it isn’t the now largely forgotten 1994 live action version. But I doubt you ever thought it was anyway: it is, after all, largely forgotten.
This one is a live-action film starring Dr. Peter Venkman from Ghostbusters, Nelson Mandela, the Black Widow from The Avengers and Mahatma Gandhi. Mowgli is clearly intended to remind you of the cartoon one with his orange pants and big dark hair but is actually played by a real boy, the excellent Neel Sethi. As in Babe though, the animals are real but have been granted the power of speech by magic.
Although they are mostly celebrity voices, I couldn’t identify most of them when I saw the film so was not too distracted by this. Mowgli is raised by wolves after his father was killed by the evil tiger Shere Khan (Idris Elba). The animal pursues the boy throughout occasionally leaping out at him unexpectedly like Richard Parker in Life of Pi. He is much scarier than the 1960s George Sanders version. His face actually looks evil. He is more like the Tyrannosaurus Rex from Jurassic Park than Tony from the Frosties adverts. Who would have thought a lethal man-eating predator could be imbued with such a sense of menace?
(That said, the first two lines of Blake’s famous poem literally come true at one point. Spoiler over.)
Mowgli moves from the care of panther Bagheera (Sir Ben Kingsley) to the amiable bear Baloo (Bill Murray). Note to children: bears and panthers are often quite dangerous in real life too. Scarlett Johansson voices the apparently telepathic snake Kaa. And yes, two songs from the old cartoon do crop up, just when you’re starting to miss them.
Only Christopher Walken whose King Louis comes across as a sort of cross between King Kong and Marlon Brando’s character at the end of Apocalypse Now strikes a false note. Have you spoken to any six-year-olds lately? Frankly, most of their cinema knowledge is pathetic. Many haven’t even seen Pulp Fiction or Batman Returns let alone Heaven’s Gate or The Deer Hunter. Very few of them know who Christopher Walken is, so his weird speech patterns are just distracting. Maybe he does want to talk like you hoo hoo, but the fact is he speaks like no one else on Earth.
Is this a good family film? Yes. But it never let’s you forget the cartoon version. And, to be honest, that was much better than this. 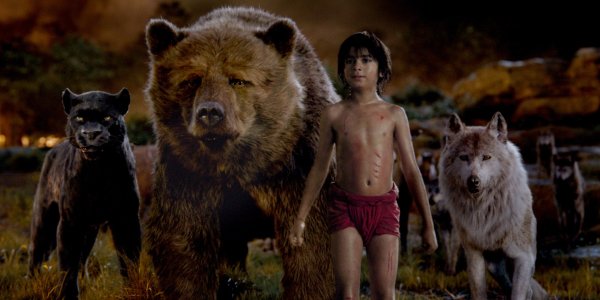 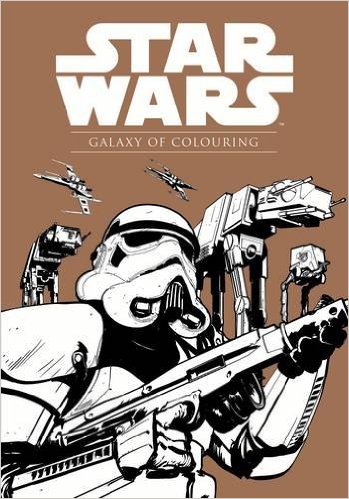 Today is, of course, International Star Wars Day. And what better way could there be to commemorate this date which sounds a little bit like a phrase never actually said in the original trailer than  by buying these magical new Star Wars books from Egmont?

Actually watching the films. That would be a better way to celebrate clearly. But get these books too. Although technically none are out until May 5th, so you will have to wait until tomorrow. But you can order them today. And what could be more fun than ordering things?

If you like Star Wars but also love transforming things from black and white into colour, then you should love the Star Wars Galaxy Of Colouring Book pictured above. It is actually bigger than it looks here – 250 x  360mm – and has 112 pages. The front cover is dominated by a storm trooper, in a uniform which is clearly meant to be black and white anyway so not actually very good to colour in. But there are better pictures inside.

May the Force be with you!

Next up, is the Star Wars Dot To Dot book, pictured below. Rest assured, even though this is Star Wars, you are expected to start with 1 each time. Not 4! Alternatively, miss out 1 to 3 and then come back to complete the puzzle twenty years later.

Finally, if you’re a total geek, there’s the Star Wars Graphics book featuring lots of ships and locations with all the specifications, none of which really exist. 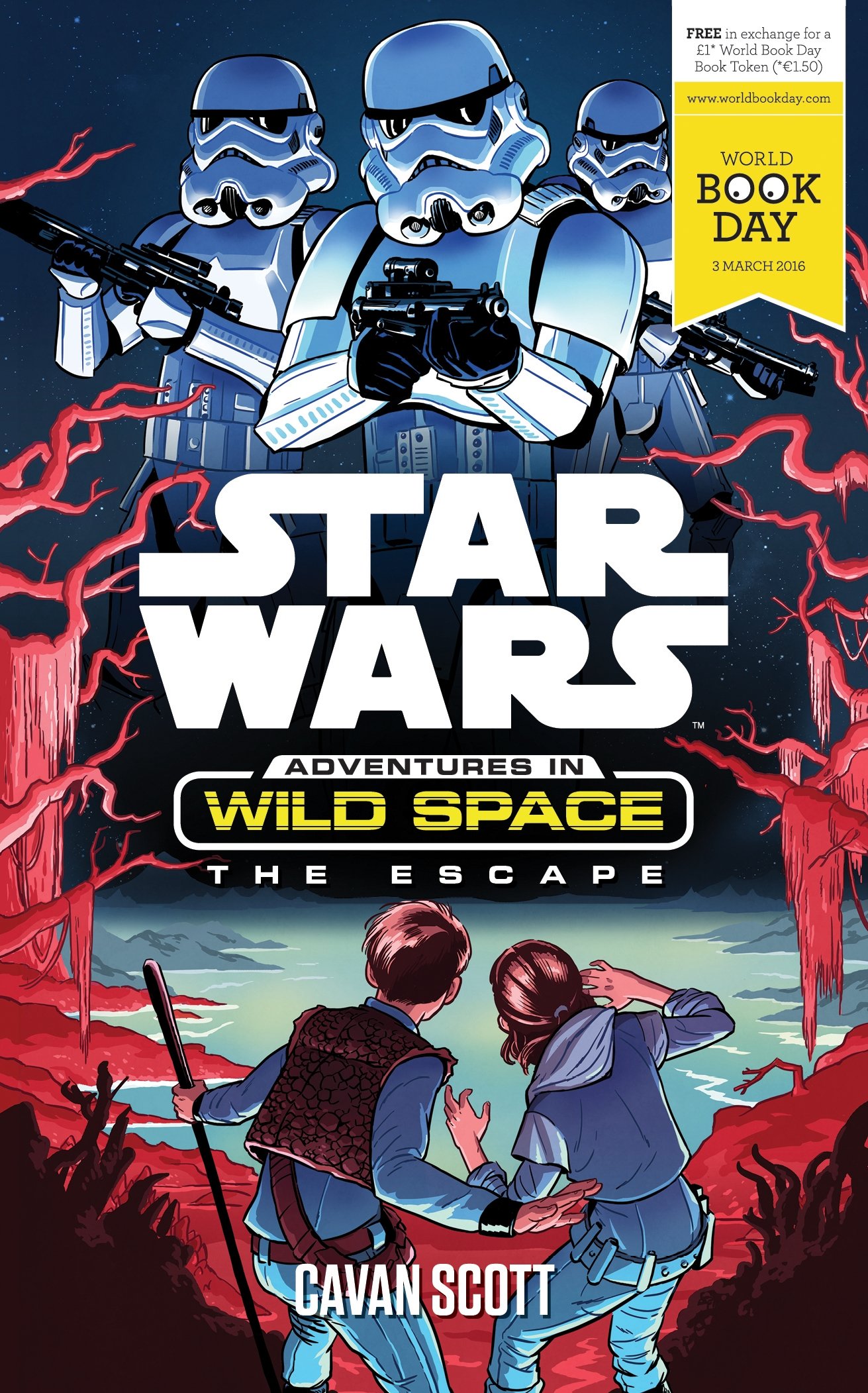 Some of you may not like to hear this, but Star Wars is to some extent supposed to be for children. How else do you explain the Ewoks? Jar Jar Binks? Cast your minds back: Who are the stars of the opening scenes of the original film? Luke? Obi Wan? No. C3PO and R2D2. Doubtless you yourself were a child when you were first sucked in by the Force. It is thus hardly surprising then that the franchise (now ultimately ran by Disney) is still keen to attract as young audience.

With this in mind, Egmont Publishing have released the following three books aimed at children of eight and above in a new series entitled Adventures In Wild Space. These focus on Milo and Lina Graf who embark on a perilous journey across space to rescue their parents who have been kidnapped by agents of the Empire. The action takes place between the events of Revenge of the Sith (the last and best of the three prequels) and A New Hope (otherwise known as the”first” one). All three books are good fun and have pictures throughout. 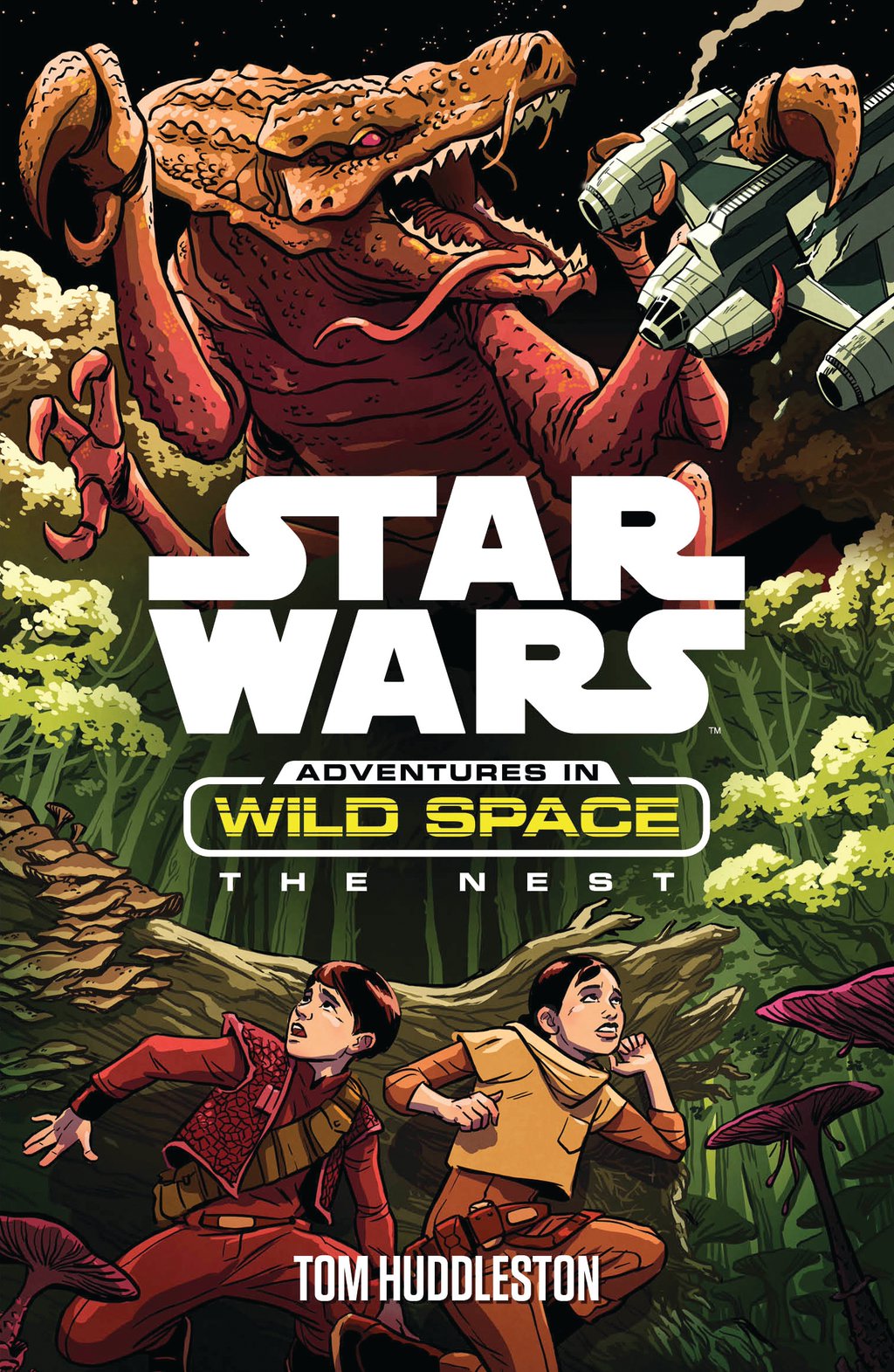 Star Wars: Adventures In Wild Space: The Escape by Cavan Scott (a prequel to the other two books, in true confusing Star Wars style). 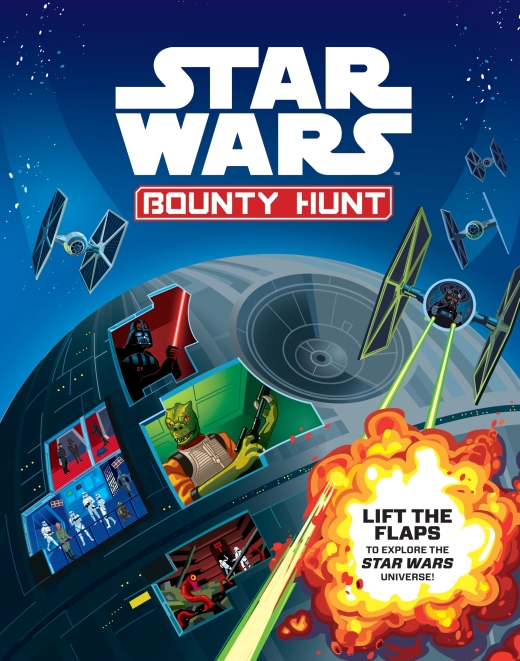 Also released, are a novelisation of The Force Awakens by Michael Kogge, a picture book version of the same recent enjoyable film and a fun flap-lifting interactive book set in the Star Wars universe, Bounty Hunt.