Political thriller Secret State has now come to an end. But what other series deserve a place amongst the best British TV political dramas of all time?

The plot:  It’s 1983 and when a newly elected young Labour MP Tony Blair (Michael Sheen) finds himself sharing an office with a hardworking Scot, Gordon Brown (David Morrissey), he soon recognises his dour companion could one day be a future Prime Minister. But as the next decade rolls on it is Blair, not Brown whose populist instincts gradually put him ahead and by 1994, the two friends are forced to make a tough decision concerning their own, their party and their nation’s future.

Remade?: No. Peter Morgan’s next project The Audience will focus on the different relationships the Queen has had with her various PMs during her long reign.

Basis in reality?: Clearly based on reality. Although Blair and Brown have both denied any deal (namely that Blair agree in advance to stand down in favour of Brown after an agreed time lapse) was ever made. 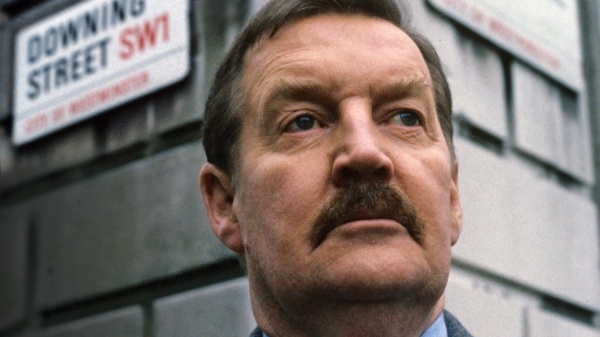 The plot: Former Sheffield steelworker Harry Perkins (Ray McAnally) has been elected Labour Prime Minister in a landslide. The Establishment (the Civil Service, media, MI5 as well as the CIA) do not like this one bit and soon conspire together in the hope of triggering Perkins’ downfall.

The series: Based on the novel by onetime Labour MP Chris Mullin and discussed more thoroughly in my recent blog entry. The excellent McNally tragically died soon after playing Perkins.

Remade?: In the UK as The Secret State starring Gabriel Byrne. Author Chris Mullin enjoyed a brief cameo as a vicar but the plot – which centred on the aftermath of the disappearance of a Prime Minister as his plane flew over the Atlantic – was very different.

The plot: Charismatic Trotskyite Labour politician Michael Murray (Robert Lindsay) has taken over the council of a northern city and soon calls for a “Day of Action”. This soon turns into a very personal battle with local schoolteacher Jim Nelson (Michael Palin) who resists. But Murray has more than a few skeletons in his closet, notably a traumatic childhood incident and various figures on the Right are soon seeking to frame him for a series of racial attacks.

The series: Alan Bleasdale’s series initially portrayed Murray as a clear villain, then a figure of fun (a sequence in which a twitchy, over-stressed Murray attempts to acquire condoms is hilarious) before ultimately becoming a very sympathetic and somewhat tragic figure. Julie Walters, who played Lindsay’s wife in their next Alan Bleasdale drama Jake’s Progress, here plays his elderly Irish mother. In reality, Walters is slightly younger than Lindsay.

Basis in reality?: Derek Hatton, the former Militant deputy leader of Liverpool  City Council criticised the series claiming it was based on him, a charge Bleasdale fiercely denied. Although ultimately an attack on the Right and the extreme Left, many critics at the time seemed to think (wrongly) that Bleasdale had turned his fire on the Kinnock Labour Party. 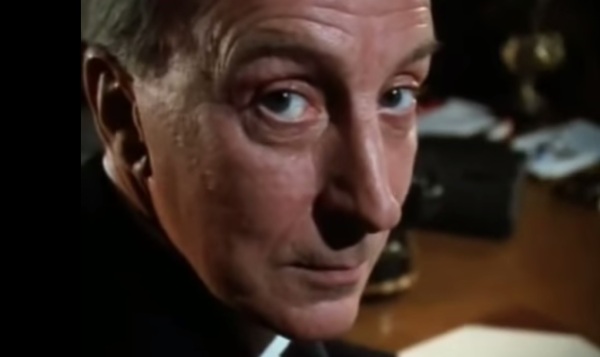 The plot: When scheming Chief Whip Francis Urquhart (the late Ian Richardson) is passed over for promotion by the lightweight new post-Thatcher Tory PM Henry Collingridge, he soon decides to use his own insider knowledge and an attractive young journalist Mattie Storin (Susannah Harker) to plot for the leadership himself. A gripping story which benefits hugely from Richardson’s brilliant performance and his character’s tendency to speak directly to the camera as well as elements of Shakespearian drama incorporated into the action.

The series: Adapted from Tory insider Michael Dobbs’ novel (which ends differently to the TV version) by Andrew Davies, this spawned two slightly inferior sequels, To Play The King, in which Urquhart clashes with a Prince Charles-like monarch (Michael Kitchen) and The Final Cut.

Remade?: A US TV remake starring Kevin Spacey will appear early in 2013.

Basis in reality?: The timing of the first series was uncanny, with Margaret Thatcher being challenged and overthrown by her old rival Michael Heseltine and being replaced by John Major almost exactly in parallel to the progress of events in the four-part series on TV. Later series got so popular that Urquhart’s evasive catchphrase, “You might very well think that. I couldn’t possibly comment,” was soon being quoted in parliament. The last outing was criticised by some for featuring Lady Thatcher’s funeral, many years before she had actually died in reality.

Our Friends In The North

The plot: Four friends travel from youthful optimism to middle age over thirty years from the era of Harold Wilson’s first victory and the Beatles in 1964 to the advent of New Labour and Oasis in 1995.

Nicky (future Doctor Who Christopher Eccleston), a keen Labour supporter drops out of University to assist local politician Austin Donohue (Alun Armstrong), but becomes implicated in civic corruption, then later counterculture terrorism before enduring a horrendous stint as a Labour candidate in 1979.

Tosker (Mark Strong), seeks pop stardom, has an unhappy marriage before becoming, despite being in many ways the stupidest and least likeable of the four,  the most successful, establishing himself as a keen Freemason and Thatcherite.

Mary (Gina McKee, who is also in The Secret State), is caught up in an awkward love triangle between the unsuitable Tosker and true love Nicky. She later becomes a New Labour MP.

The series: A wonderful sprawling series this had a long gestation period, originally as a play with the action only going up to 1979.

Remade? No, although there has been talk of a US remake.