An odd feature of post-war British political life has been the longevity of our leaders.

Three former Prime Ministers John Major (72), Tony Blair (62) and Gordon Brown (64) are all still alive and are not yet especially aged.

Nine former British PMs have died since the end of the Second War.

Seven out of nine of those who died  lived past 80 years old (Harold Wilson and Sir Anthony Eden both died, aged 79).

Four of the remainder made it to 90.

Four out of nine post-war prime ministers have thus lived into their nineties. Does being PM increase your lifespan? Or do the sort of people who become Prime Ministers just tend to live longer? It should also be remembered that not all UK Prime Ministers have had privileged backgrounds (Thatcher, Heath and Wilson did not, nor did James Callaghan who lived longer than anyone else).

In the US, four post-World War II former presidents have lived into their nineties, two of whom, Jimmy Carter and George H.W Bush are still alive. Bush is 91, Carter though seriously ill is 90. Gerald Ford, the longest lived former US president and Ronald Reagan both died aged 93.

Generally, the US trend is less impressive partly because President Kennedy was assassinated while still in his forties and his successor Lyndon Johnson died prematurely following a heart attack at 64.

But overall the stats are still impressive: Hoover died aged 88 (he was not a post-war World War II president – he was in office from 1929 to 1933 – but died in the post-war era). Harry S. Truman died aged 88, Dwight D. Eisenhower was 78 and Richard Nixon, 81. Since 1945, seven former presidents have made it to eighty (as opposed to four who did not) and four have made it to ninety.

Generally, for whatever reason, being a world leader does seem to be good for your health. 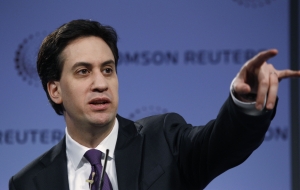 It’s undeniably the hardest job in British politics: Leader of Her Majesty’s Opposition.

The success rate is mixed. There have been nineteen Opposition leaders since 1945, by my count. Of these, only eight, including the current one, Ed Miliband never enjoyed a stint as Prime Minister, the others being Hugh Gaitskell, Michael Foot, Neil Kinnock, John Smith, William Hague, Iain Duncan Smith and Michael Howard. It should be noted four of the leaders who made it to Downing Street (Home, Callaghan, Major and Brown) had already been PMs before they, all fairly briefly, led in Opposition having lost General Elections. It should also be noted that while no British Prime Minister has died in office since 1865, two Opposition Leaders have died just in the last fifty years. Both were in their fifties.

The job is undeniably horrendous. It attracts few of the perks, publicity, status or kudos of the premiership but invites plenty of scorn. Opposition leaders are at an automatic disadvantage in Prime Minister’s Questions and in General Elections which the PM gets to choose the date of.

No one did better in the post-war era than Tony Blair during his three years as Opposition leader. Although he was undeniably helped by the fact, John Major’s government was clearly disintegrating before the nation’s eyes, Blair never put a foot wrong, clearly outflanking the beleaguered PM at every turn. No one has done worse, meanwhile, than the current Secretary of State for Work and Pensions Iain Duncan Smith who “led” the Tories from 2001 to 2003. His appalling croaky Commons performances, lamentable radio interviews (he attempted to laugh his way through one notorious Today interview) and ludicrous conference speeches (“The quiet man is here to stay and he’s turning up the volume!”) soon saw him overthrown by the same disgusted party which had previously elected him.

Ed Miliband is happily doing much better. Early tabloid nicknames “Red Ed” never really stuck nor did claims that he was a sop to the unions (he has held a firm line on the unions since his acceptance speech). The charge that he was young and inexperienced (he was older than Cameron when both men became party leader and more experienced than Cameron or Clegg were when both became PM and Deputy PM) never stood up to scrutiny either. Polls suggest the public liked his bold stance against News International.

Indeed, unlike Cameron, the more they see of him, the more they seem to like him. Labour now commands a double digit poll lead over the Tories. With the General Election likely to be in 2015, the next two years will clearly be crucial for Miliband and Labour. After that, it seems only too likely Mr Cameron will be enjoying his second stint in Opposition.