In some quarters, he was seriously considered as a possible successor to Tony Blair in 2007. But he was barely forty then. The general consensus then was that he was too young and inexperienced for the top job.

However, now only six years later and having come within a whisker of the Labour leadership in 2010, he seems to be leaving British politics forever. He is standing down as MP for South Shields and leaving for a job with a leading charity in New York. As Michael Foot once said of another notable David (Owen): “He’s passed from rising hope to elder statesman without any intervening period whatsoever.” The problem is not, of course, the former Foreign Secretary’s age – he is a year younger than the Tories’ “rising hope” Boris Johnson – but the fact that he lost, however  narrowly in 2010, and worse, lost to his brother.

The sibling rivalry element to the story complicates everything and probably explains why David Miliband’s chosen to leave the political scene now. There is no reason at all why a defeated candidate cannot seek the leadership again – Harold Wilson, James Callaghan and Michael Foot all became leader on their second attempt – but this now seems unlikely to happen.

There is an element of mythmaking about the Miliband Saga, however. The Tory press will tell you, Labour made a historic mistake in September 2010 akin to their error in electing Michael Foot over Denis Healey in October 1980.

This is absurd. We are not now in a spring 1983 scenario. Labour has not split or plunged into the civil war which traditionally plagues it after being ejected from government. Ed Miliband is not obviously leading Labour to a crushing defeat as Foot was by this point in his ill fated leadership.

The truth is David Miliband is no Denis Healey nor is Ed Miliband, Michael Foot.

Ed Miliband vanquished fears that he might be in thrall to the trade unions in his 2010 acceptance speech. The “Red Ed” nickname did not last. He responded to the News International Scandal well. His “One Nation” speech last autumn won widespread plaudits from the public and media. And perhaps most importantly, thanks in no small measure to UKIP, Labour are likely to be in power (perhaps as the lead party in another Coalition) in a little over two years time.

Would they be doing better under David Miliband? Probably. The older brother comes across better on TV, a fact not insignificant in the media age. But let’s not get carried away. Like his friend Hillary Clinton in 2008, he fatally supported the Iraq War and acted as if the leadership was his almost by divine right in 2010. He also has mild image problems too and dithered fatally over whether to support Gordon Brown at the height of his leadership troubles in office.

Make no mistake: the same Tory press which heaps praise on David Miliband now would be lambasting him were he actually Opposition leader.

It is sad to see him go, yes. But he is not Denis Healey. Labour can win without him. 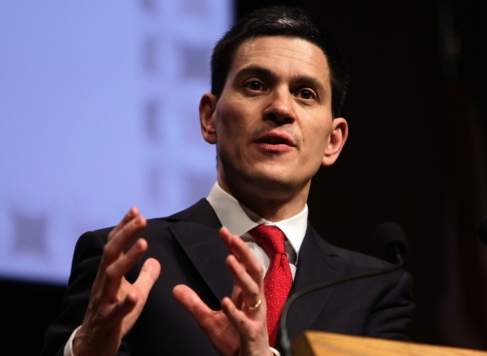