It has long been accepted that just because someone holds the title Prince of Wales, it does not mean that they are necessarily Welsh or have much to do with Wales.

Indeed, not since an early medieval example, who later became King Edward II, no Princes of Wales have been from Wales at all. No, being Prince of Wales just means is that you will probably be King some day, and even then, the odds are not great. Looking back, only about two in every three Princes of Wales have ever made it to the throne. These are much better odds than the average person faces admittedly, but still not exactly a shoe-in.

In 1969, Prince Charles was invested as Prince of Wales at a lavish ceremony at Caernarfon Castle, as a young man. Over fifty years later and Charles is a grandfather in his seventies. He is still waiting to be King. As Alan Bennett wrote in ‘The Madness of George III,’ “being Prince of Wales isn’t a position. It’s a predicament.”

As his ceremony approached, it was decided that Charles (played here by Josh O’Connor) should be taken out of Cambridge University, where he seemed to engage in constant amateur dramatics and be temporarily transferred to Aberystwyth where he could brush up on the Welsh language. This would serve him well as he would have to speak in Welsh during the ceremony.

According to The Crown, Charles had a difficult time at Aberystwyth, encountering some hostility from the burgeoning Welsh nationalist movement and enduring an initially awkward relationship with Edward “Tedi” Millward (Mark Lewis Jones), the Plaid Cymru politician, dedicated republican and tutor assigned to inculcate the future King Charles III in the ways of the Welsh tongue.

Incidentally, on a personal note, I could relate to some aspects of this as I studied at Aberystwyth myself. It was thirty years after Charles was there though, I did not study Welsh while I was there and I did not undergo an investiture ceremony to become Prince of Wales shortly afterwards.

Good though this episode is, in some ways, the later scenes are most interesting, revealing a colder, harder side to the Queen (Olivia Colman) than we have seen before.

And ‘Tywysog Cymru?’ It just means ‘Prince of Wales.’ 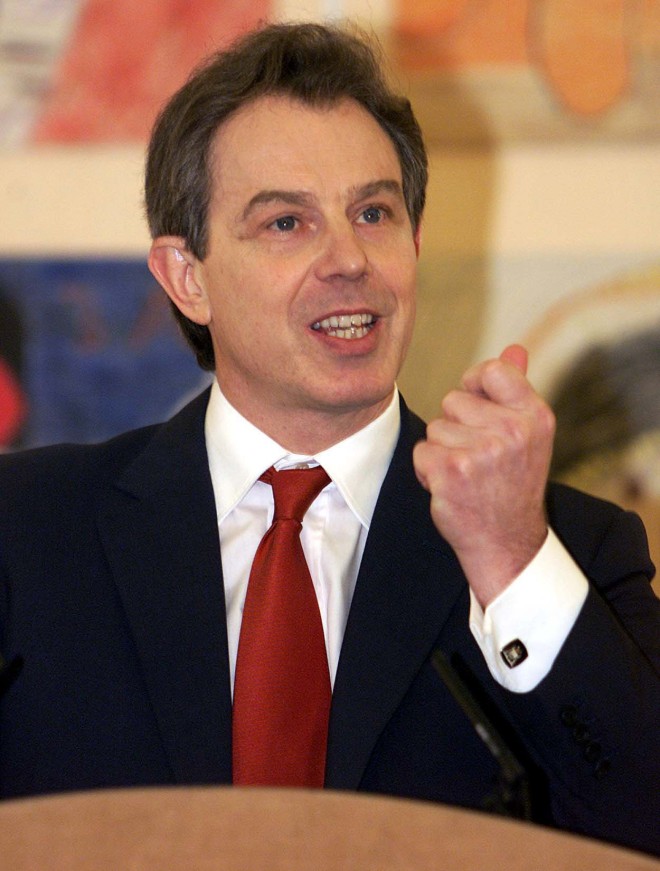 One of the big myths Tories that like to make up about the Blair-Brown years is that they were an unholy period of tyranny in which the nation was held to ransom by a debauched and malevolent cabal of godless devils and perverts.

Or at least this is what Michael Gove says.

There are a few problems with this theory, however. Namely:

Take 2001, usually considered a fairly dull General Election. Labour were re-elected with a majority of 166! This is only slightly less than their famous victory in 1997 and still more than any other victory achieved since 1945, including those won by Thatcher, Attlee or anyone else. 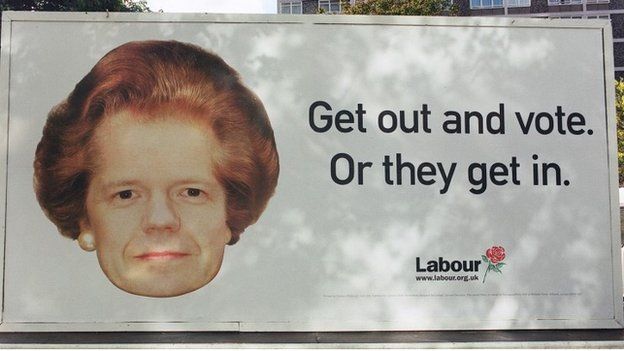 This was partly the Tories’ own fault. No one had had time to forget the balls up they’d made of attempting to run the country under Major. They had also foolishly rejected the popular and experienced Ken Clarke as their leader, opting instead for the foolish and inexperienced young William Hague. These days, Mr Hague is held in high regard after his stint as Foreign Secretary. But he was viewed as geeky and weak when he was party leader. The best that can be said of his leadership is that he was slightly better than his successor Iain Duncan Smith. The main Tory complaint at this time was that Labour was crippling the stock markets with unnecessary restrictions. The Tories would give the markets all the power they wanted. What could go wrong? 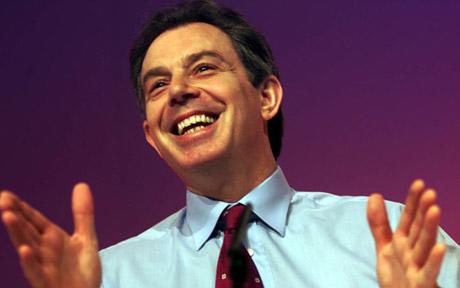 But, it should be said, the first Blair Government was a big success too. If I was largely politically inactive for a Politics student at this time, perhaps it’s because I had little to complain about. The government achieved a lasting peace in Northern Ireland, introduced the minimum wage, reformed the Lords, introduced devolution, steered us away from the recession which engulfed most of the world at the start of the century and launched a well meant intervention in Kosovo. To quote the film, The Wild One if asked: “What are you rebelling against?” I too, would have replied: “what have you got?” as it turns out, not much. Labour were barely even behind in the polls for a whole decade.

Not everything was perfect, of course. I disliked the introduction of tuition fees even though they were nowhere near the obscene levels the Cameron-Clegg coalition hiked them up to. I was lucky to be unaffected by them (I started my degree at Aberystwyth in 1996). My four older nephews and nieces were all born while I was at university during this time. Thanks to Cameron AND Clegg, any of them who go to university will pay a far greater price than I or indeed Cameron and Clegg themselves would have done themselves. 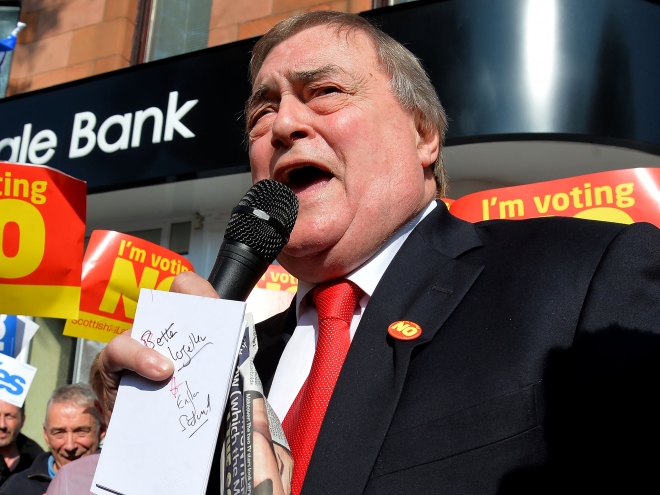 I was nearing the end of my academic career in 2001 anyway. I was 24 and about to return to Aberystwyth for the summer to finish my final Masters dissertation on the historiography of the Cold War (zzzzz). In the meantime, I was working part-time at home in the privatised section of Peterborough Passport Office (woeful). I had enough free time to see William Hague entering the Bull Hotel on a campaign visit. His visit was ineffective. Helen Brinton (later Clark) beat the Tory candidate Stewart Jackson to win the seat for Labour for a second time. As the late  Simon Hoggart reporting on Hague’s Peterborough visit put it: “The local Labour MP is Helen Brinton, whom I like personally but whose wide mouth, always slathered with scarlet lipstick, makes me long to post a letter in it.” 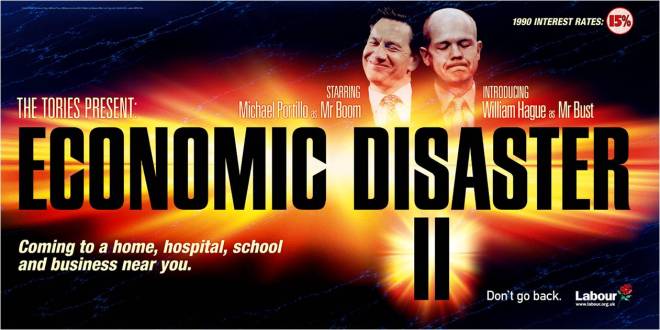 2001 is the only election I stayed up all night to watch to date (2017 update: this is no longer true). My parents must have been on holiday as I camped out downstairs with a female friend (not in a rude way) in the living room and watched the whole thing why she mostly slept. I don’t entirely blame her. Compared to 1997, it was a fairly dull night even if the “Prescott punch” during the campaign is still one of the best things to happen in the world ever.

Boris Johnson, David Cameron and David Miliband all became MPs for the first time that year. My old Head Boy David Lammy was already an MP. September 11th was just around the corner. The 2001 campaign already seems to belong to a more innocent bygone age. 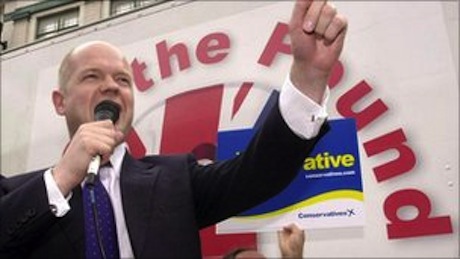