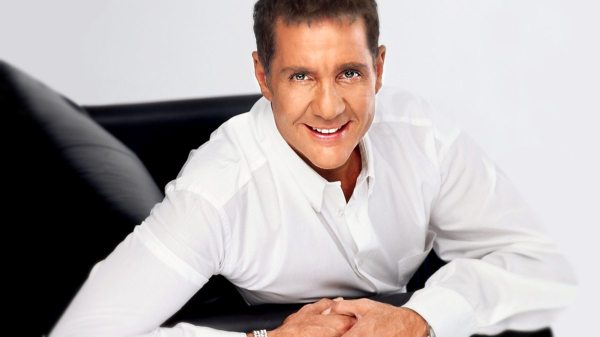 Dale Winton has come out for Donald Trump.

This may seem odd. Winton is, after all, British and best known as the unusually camp host of such lightweight daytime fare as Supermarket Sweep. He has never been known for having fiercely conservative views or indeed for having any political views at all. To be honest, I don’t tend to watch the kind of shows he is on but to be honest, I always thought he seemed pleasant enough.

What has drawn him to a monster like Donald Trump?

Let’s keep things in perspective. Winton’s intervention is unlikely to swing the election. It is rather as if Postman Pat had suddenly declared his support for Brexit.

But Winton’s article for Conservative Woman in which he declares his views is certainly rather strange and worth examining.

“Maybe it’s because I’m a quiz show host and I’m watching the ultimate game show?” he states at one point. “The contestants from both parties are fighting to the bitter end in the hope of winning four to eight years in the White House?”

This perhaps explains Winton’s interest in US politics, one I happen to share. It does not explain his enthusiasm for Trump, surely the most odious figure to arrive on the political scene in decades. The onetime host of Touch The Truck writes: “For sure he’s unruly, coarse and extreme, but he’s got a rare quality for someone in politics. He is truly authentic”.

Is Winton being serious? There are a few hints in his complementary references to Trump’s hair and complexion that he is being tongue in cheek.

But generally he seems sincere, hinting he has been conservative since at least 2012;

“I went from fan to obsessive acolyte at the second national televised debate between Obama and Romney, ” he claims.  “I watched in awe as Romney found his voice and all but secured the keys to the White House. ” That’s right. Winton seems to be the only man on Earth to have been in awe of Mitt Romney, surely one of the blandest candidates in US electoral history.
He also seems to have been the only person surprised by Romney’s defeat: “By the third and final debate it was Romney’s to lose…and he did. It was an unexpected epic fail. I was devastated and by election night I needed alcohol to get me through the process, as my worst fears were realised.”
He continues, growing increasingly melodramatic: “That was 2012 and I’ve counted the days until the next wave of primaries in the hope that the world would survive by a thread until America voted in a new leader of the free world. The days and nights were long as horror upon horror was inflicted upon an unexpected world. It seemed that no one was doing anything about it.”
What horrors upon horrors does he mean? Why does Winton think Obama is so terrible? He never explains.

Winton seems to have been blown away by Trump’s early campaign appearances. “Maybe it was because I genuinely hadn’t expected such a no-holds-barred delivery. It felt like the man had reached through the TV screen and grabbed me by the scruff of the neck. I defy anyone watching on that morning to look away until he was done., ” adding “Talk about car crash TV”. This last point is at least on the button.

Winton seems to have been drawn to Trump partly through disgust at the vicious attacks by the Republican establishment. But he goes further than that quoting the title of one of his own shows to explain why the tycoon is In It To Win It.

“His attack on political correctness is reason enough, but that’s still not it. I’ll tell you why. He’s fearless and he promises to make his followers safe and prosperous. He loves his country and he’ll do his best to protect it from anyone who threatens its constitution. He’s also recognised that the liberal Left and political correctness have bullied us into silence. And there’s the rub. You cannot bully Trump and at the same time, he’s got your back. That’s a safe feeling for the millions of his followers who feel ignored by both parties. They’ve had enough of the Washington two-step performed by the politicians they’ve put in power.”

He then reveals his thoughts on Trump’s character: “There are many who have met him and benefited from his acts of generosity and compassion. Those in need are many and they’re well documented.”
The presenter ends the article in a very clumsy fashion. “He’s polarised an entire nation and whatever the outcome, as the saying goes, “you can’t please all of the people all of the time”. If anyone can come a little closer to disproving those words, it’s Mr Donald Trump. Well maybe not all of the people, but enough of them to matter.”
What on Earth is Dale Winton on about? What horrifies him, a gay man, so much about “political correctness” that he is prepared to overlook Trump’s overt racism and misogyny? How are these traits in any respect superior to political correctness? Are we to assume Winton agrees with Trump’s insane plan to build a wall around Mexico? That he supports Trump’s anti-Muslim stance? Does he really think in the face of all the evidence that Trump is either compassionate or “authentic”?
As mentioned, Dale Winton is best known for being a low brow British TV quiz show host.
What is his game here? 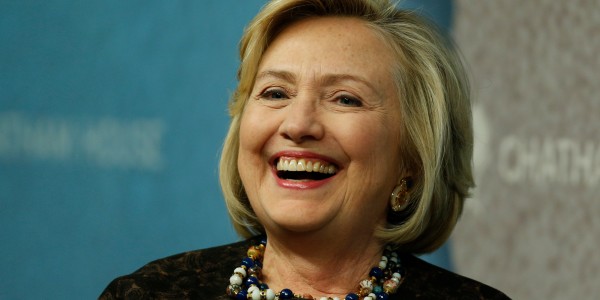 Could the next US presidential election end up being fought between the wife of one former president and the brother of another? Very possibly, is the only answer.
To start with, Hillary Clinton is currently the overwhelming favourite to be the Democratic nominee and is probably the general favourite to win overall. We have been here before, of course, but this time there seems no obvious signs of a charismatic Obama-type sweeping in to deny her the nomination as occurred in 2008. Indeed, her previous opposition to Obama probably stands her in good stead in the light of his recent unpopularity.

Clinton’s main hindrances are likely to be her age (she is 67, and would be the second oldest elected president ever if she won in 2016), concerns over her health and the rich array of baggage she has inevitably accumulated during her twenty years as First Lady, New York senator and Secretary of State.

Refreshingly, even though no woman has ever been nominated as a presidential candidate by either of the main parties, nobody seems very bothered that she’s a woman any more. It is as if the world has got used to the idea. Yet a lot still rides on her shoulders. For if Hillary failed (or even didn’t stand – she is yet to formally announce her candidacy), when would a woman get another chance as good as this?

The prospects of Governor of Florida, Jeb Bush, son of former president George HW and younger of President George W. look less good. Bush has always had a more competent air than his brother, but is far to the left of many in his party. What’s more, while Hillary can point to a largely successful Clinton presidency, the first Bush presidency ended after one term and the second was a near total disaster. Jeb will be lucky to get the nomination. Though if he does, Republicans will be praying he can perform a reversal of the 1992 result when Clinton outfoxed Bush. A third president would be a first for any family.
There are a number of cases of political dynasties taking the highest office in the US, mostly in the 19th century. But despite our hereditary monarchy, Britain rarely does the same when it comes to elected politicians. There have been a long line of Churchills either Winstons or Randolphs in the Commons, but only one has ever achieved glory. There have also been a number of Benns and Hoggs in Parliament over the decades, but none in Downing Street.
Elsewhere, one wonders if a more clearly defined fixed four-year presidential system might have prevented the disharmony caused by the two Miliband brothers competing for the Labour leadership in 2010 or the potential issues arising from the fact that both Ed Balls and his wife Yvette Cooper are both seen as potential future contenders for the party leadership. 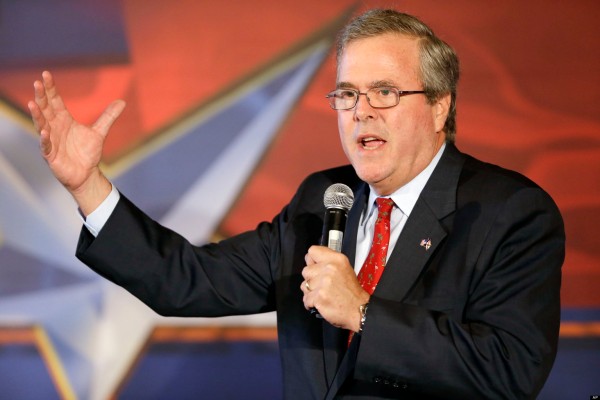