A few things changed in the next few years. I moved inevitably from my late twenties into my early thirties. My social life in Exeter prospered. Despite not knowing anyone in Devon at all on my arrival, I soon met loads of people through both my shared house band my job at DVD Monthly magazine. The job was very enjoyable too. I am a huge film buff and got to see tons of films and even got to interview a fair few stars. 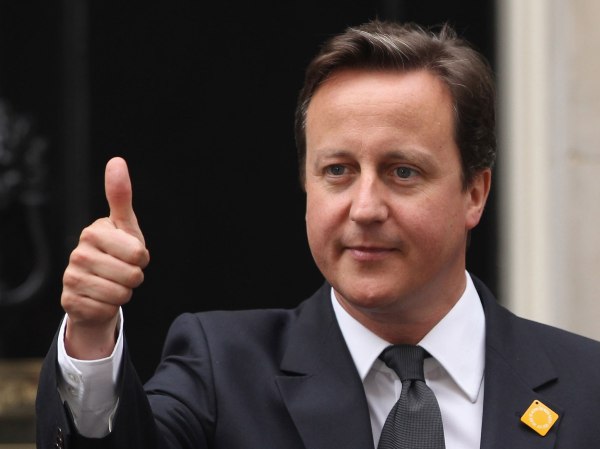 2007 was the year Tony Blair (still then viewed as a very successful Prime Minister) bid the nation a fond farewell as leader and I left the magazine for a less glamorous but theoretically more secure job on the local paper. Still more crucially, that was also the year I met the love of my life Nicky. We moved into a small rented house in Exeter together just before the 2010 General Election.

In the meantime, things had started to go less well for everyone thanks to the global economic slump which began in 2008. I myself lost my job on the vulnerable property section of the paper at the end of 2008 (the DVD magazine went under after nine years at almost exactly the same time) and I would be either unemployed or in slightly unsuitable temporary non-journalism jobs for the next two years or so. At the time of the 2010 election, I was working at a solicitor’s in Taunton. The other employees (mostly trainee  solicitors) were all very nice (I had got the job through one of them, an ex-housemate) but I was ill suited to the work and the car share arrangement to work from Exeter to Taunton each day was awkward, particularly as I didn’t have a car and could not drive.

My hours were long and although I knew the job would be ending soon, I felt slightly as if I was missing the election. Exeter had an excellent Labour MP called Ben Bradshaw. He had served in the Brown government and had been an MP since 1997 but in 2010 was looking quite vulnerable. I wanted to help more.

For Labour were clearly heading for defeat nationwide, of that there was little doubt.  History will probably judge Gordon Brown kinder than we do. He stopped Britain from entering the Euro and later probably prevented the recession from becoming a full blown depression. The global slump had nothing to do with government overspending. Virtually nobody claimed this at the time simply because it was self evidently not true. Government spending did not seriously escalate until the banks needed bailing out, something the Tories supported at this point. Indeed, the chief Tory complaint at this time was that the markets were overregulated: the exact opposite of the truth.

Brown, was, however, temperamentally unsuited too leadership in some ways and though very much a Tony Blair wannabe, the new young Tory leader David Cameron did at least look the part.

Nicky and I did our bit; Nicky holding some Labour balloons for Ben Bradshaw (who thankfully retained his seat) even though she actually ended up voting Liberal Democrat. We also both went to see Lord Prescott speaking in the street in Exeter during a campaign visit.

Perhaps this election is too recent to view with any real historical perspective. But to summarise in case you’ve forgotten:

Nick Clegg, the previously unknown Lib Dem leader blew everyone away during the TV debates and briefly, amazing as it now seems, became the most popular leader since Churchill. Yet on election night, the Lib Dems in fact did only about as well as normal. Cleggmania now seems like a myth.

The good news, however, was that the people hadn’t forgotten how bad the Tories were and they fell well short of real power, yet again. They hadn’t managed to secure a majority since 1992. Thank God (2017: no longer true. Will do a follow-up piece soon).

The subsequent Tory-Lib Dem coalition was a surprise but there didn’t seem much point Labour clinging onto power. We had clearly lost. But this was new uncharted territory.

Some people got very angry with the Lib Dems after the Coalition was formed in 2010. They felt the party had betrayed its progressive roots for a sniff of power.
This is very unfair. The inconclusive election result virtually guaranteed the Lib Dems a shot a role in the next government whatever happened. As Labour’s Andrew Adonis reveals, they had betrayed their progressive tradition long before then.
Nick Clegg and David Laws were, to all intents and purposes, Tories from the outset. Had they not been passionately pro-European at a time when (then as now) the Tories were tearing themselves to bits over the issue, they would doubtless have joined the Tories on entering politics in the Nineties.
Laws, the author of the main previous account of the Coalition talks, 22 Days in May has been candid about his admiration for George Osborne.
He also openly complained:
“Many Lib Dems were as disenfranchised with Labour as they had earlier been with the Conservatives….the endless centralising and micromanaging, the failure to embrace radical constitutional reform…and the lack of progress on social mobility and improving public services…”
Adonis is rightly astonished by Laws’ words. The Lib Dem seems to have forgotten the revival of the NHS, the thousands of new teachers and nurses, the introduction of devolution, reform of the House of Lords, civil partnerships, the introduction of the minimum wage. Labour in fact had much to be proud of during their thirteen years in office.
But Laws and Clegg weren’t interested in all that. They had no intention of fulfilling their promise to abolish student tuition fees either. They went through the charade of talks with Labour only to fatally undermine them by issuing bogus reports of “bad body language” from the Labour side, a charge which is impossible to verify. The Lib Dems in truth wanted to be with the Tories all along.
Some on the Labour side did their bit too, former cabinet ministers David Blunkett and John Reid each publicly doing their bit to make it harder for a Lib-Lab pact to work. As in 1950 and 1978, Labour did not fight hard enough to keep hold of the reins of power. Once they had relinquished it, it was easier for a new government to trash their record while in office.
But the Lib Dems are the real villains here. To add insult to injury, Clegg dealt his party a very poor hand in negotiations with the Tories, failing even to secure a department for itself.
The end result is that we effectively have an undiluted Tory Government committed to an austerity budget which isn’t working. This is compulsive reading, particularly for anyone contemplating a Coalition with the Lib Dems in 2015.
You have been warned. 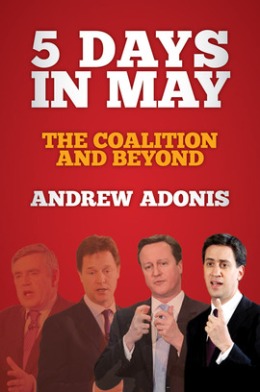 The oddest thing about Britain’s Coalition Government is that so few people saw it coming.

Coalitions are quite rare in the UK, it’s true. No party has won more than 50% in a General Election since 1931 but the First Past the Post system is designed to almost guarantee big majorities. Yet occasionally, as in 1974, this doesn’t happen. It happened again in 2010.

I’m not blaming anyone but it also seems odd that so few people anticipated the eventual Conservative/ Liberal Democrat Coalition. Most people seemed to assume either that the Tories would win outright or that the third party would fulfil its usual role of backing Labour. Until the 1920s, Labour would generally support the larger Liberal Party in Hung Parliament situations. When their roles were reversed, the Liberals generally did the same for Labour as with the 1977-79 Lib-Lab Pact.

This wouldn’t have made sense in 2010. The arithmetic did not favour it. The right decisions were made. The problem is that the current situation pleases nobody.

Tory supporters are just frustrated that they didn’t win outright. The Conservative agenda is frustrated by the fact that the people clearly didn’t really want them back in power. Every u turn is blamed on the Lib Dems. In truth, David Cameron is starting to look like a weak leader anyway.

Labour supporters aren’t happy either. They are glad not to be part of the Coalition. But they are still denied power.

The Lib Dems are also unhappy. The party leadership is guilty of treachery in many supporters’ eyes. The party has failed to fulfil any of its own desires (such as electoral reform or changes to the House of Lords). Nor is it adequately restraining the usual excesses of a Tory Party in power. The Lib Dems more than anyone else risk annihilation in 2015. Nick Clegg looks increasingly vulnerable as leader.

But who is to blame? Normally the wishes of the electorate can be summarised in one sentence e.g. 1979 people had grown weary of strikes and slow growth and wished to give Mrs Thatcher a chance or  1997 with the Tories hopelessly split and damaged by sleaze, the public flocked to New Labour.

But what verdict did the 2010 result send out? People don’t like Gordon Brown but don’t really want the Tories back either?

Ultimately, the country was ready for change in 2010, but even after thirteen years in Opposition, the Tories had still failed to transform themselves into an appealing alternative government.

The Tories have failed democracy and failed Britain too.