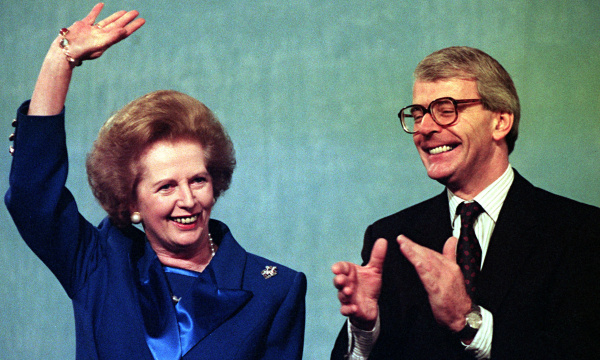 It is easy to forget amidst all the current Labour leadership hoo-hah, that it is fifty years this month since the very first Conservative leadership contest. Generally more unpredictable than their Labour equivalents, let’s recall this and every such contest since…

1963: Tory Prime Minister Harold Macmillan resigns on the eve of the party conference. The resulting chaos convinces most that the “magic circle” process of consultation needs to be replaced by an election of MPs. Macmillan’s successor Alec Douglas-Home resigns as Tory leader after losing the 1964 General Election and begins devising the mechanism for the first Conservative leadership contest to be held amongst MPs. 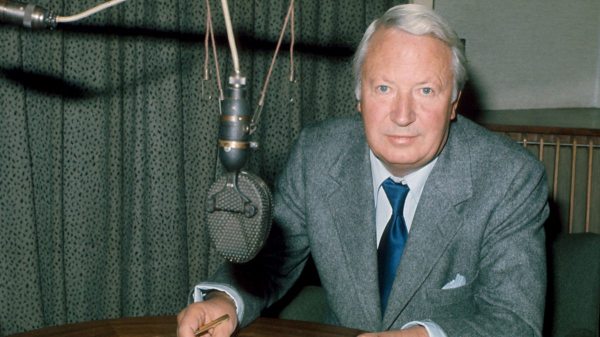 The right choice?: Probably. Heath at least won the 1970 General Election. ‘Reggie’ Maudling ultimately fell foul of his business connections and resigned as Home Secretary. Powell with his inflammatory 1968 ‘Rivers of Blood’ speech (and his 1974 pre-election decision to urge voters to support Labour) proved ill-suited to frontbench politics. 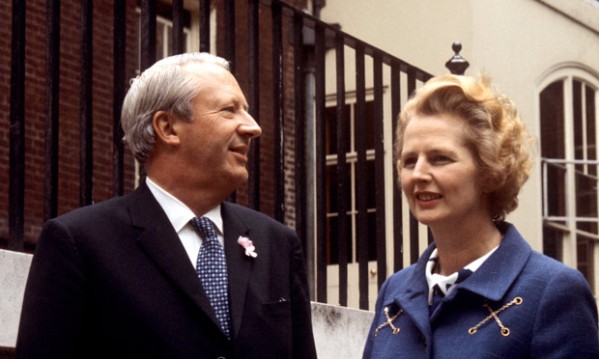 Former Education Secretary Margaret Thatcher unexpectedly deposes Heath (now back in Opposition) and proceeds to beat Geoffrey Howe, Willie Whitelaw, Jim Prior, Hugh Fraser and John Peyton for the top job. Heath descends into “the incredible sulk” for the next thirty years.

The right choice?: Undoubtedly. Whatever else she may have been, Thatcher was a boon to the Tory party, ultimately delivering them three landslide election victories. This wasn’t obvious in 1975, however, and Heath’s popularity with the public continued to outstrip hers until the early Eighties. 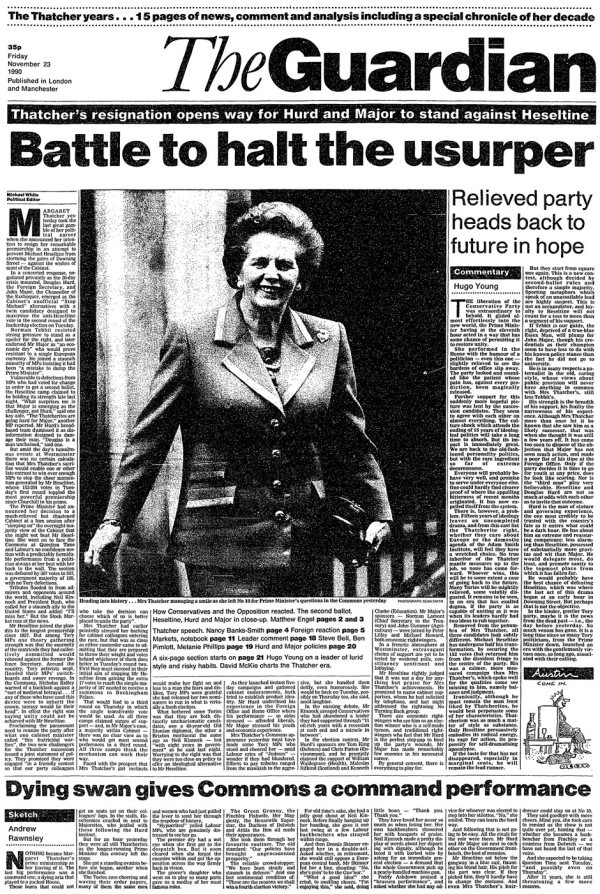 Unknown pro-European back-bencher Sir Anthony Meyer (dubbed “Sir Nobody” by the press) mounts a “stalking horse” challenge to Prime Minister Thatcher’s leadership. He loses, but the number of abstentions is high, a fact largely overlooked at the time.

The right choice?: Could the brutality of Thatcher’s departure have been averted had she gone a year earlier? Who knows? 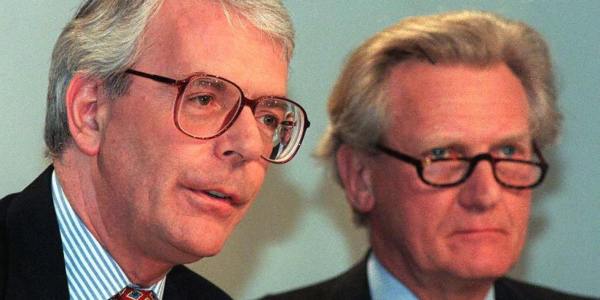 In a hugely dramatic coup, Margaret Thatcher is challenged by her former defence secretary, Michael Heseltine. She technically wins but not by a wide enough margin and reluctantly resigns. Little-known Chancellor John Major beats Heseltine and Foreign Secretary Douglas “too posh” Hurd in the second round.

The right choice?: In the short run, yes. Major replacing Thatcher saved the Tories from certain defeat in 1992. In the long run? Perhaps not. Thatcher – a woman with no interests outside politics – became a perpetual thorn in Major’s side and the scars of the contest took many years to heal. 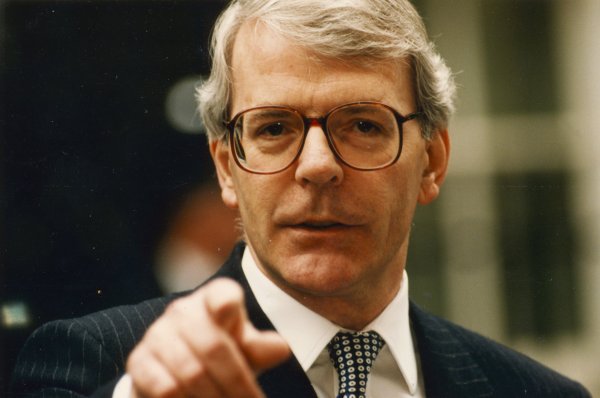 By now perpetually embattled PM Major pre-empts ongoing leadership controversy by resigning as leader and inviting people to “put up or shut up” and challenge him. He defeats former Welsh secretary John Redwood but only narrowly beats the own private target set by himself below which he would have resigned. Bigger guns Ken Clarke, Michael Portillo and Heseltine again, thus do not enter the contest, as might have been expected otherwise.

The right choice?:  It seems doubtful anyone could have saved the Tories from electoral disaster in 1997 by that stage. 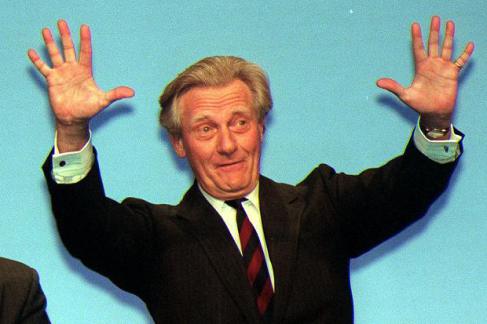 Little-known 36-year old former Welsh secretary William Hague beats Clarke, Peter Lilley, Redwood and Michael “something of the night about him” Howard after the party’s devastating election defeat. Heseltine’s heart condition rules him out. Portillo famously loses his seat, preventing him from participating in the contest.

The right choice?: Probably not. Hague proved an inexperienced and inadequate leader. Voters would have preferred the more effective and experienced Ken Clarke. 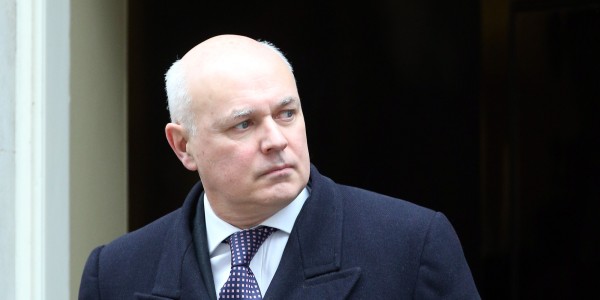 Iain Duncan Smith beats Clarke in a ballot of party members. Michaels Portillo (now back in parliament) and Ancram all lost out early on in a ballot of MPs as did David Davis.

The right choice?: Definitely not. IDS was a disaster as leader and was deposed in favour of an un-elected Michael Howard in 2003. Any of the other candidates would have been better. Clarke’s election as Tory leader might also have prevented UK involvement in the Iraq War after 2003.

In the year of Ted Heath’s death, David Cameron beats David Davis for the leadership. Liam Fox and an ageing Clarke lose out early on.

The right choice?: Probably, yes. Cameron finally delivered victory this year. their smallest post-war majority, yes. But a win is a win. 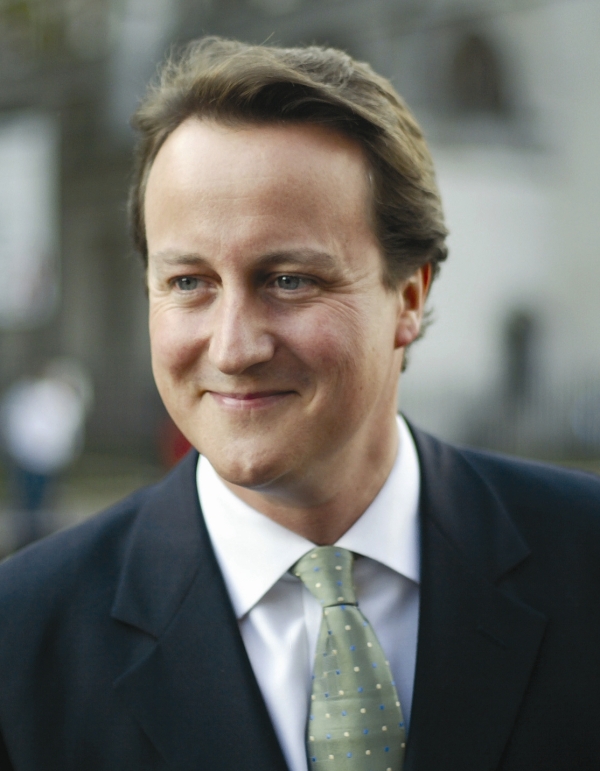