From the outset, there were doubts about the Labour leader’s left-wing agenda:

“Withdrawal from the Common Market. Import controls. Public control of finance, including the pension and insurance funds. Abolition of the House of Lords, the honours list and the public schools…’consideration to be given’ to withdrawal from NATO…there was even a paragraph about ‘dismantling the newspaper monopolies’”.”

Jeremy Corbyn in 2015? No, Harry Perkins in 1989, the fictional Prime Minister created by Chris Mullin in his 1982 novel, A Very British Coup. Perhaps it’s no surprise following Corbyn’s victory that Mullin has announced that he is considering writing a sequel.

The book tells of how the new government, despite winning a landslide election win soon finds itself under collective attack from an extremely hostile media, intelligence services (at home and in the US) and the establishment in general.

Perkins’ dress sense is different to Corbyn’s but even on the night he becomes Prime Minister, it is unconventional:

“He was smartly dressed, but nothing flashy. A tweed sports jacket, a silk tie, and on this occasion, a red carnation in his buttonhole”.

The press reaction to Perkins’ emergence as leader is all too familiar too:

“Despite their firm belief that a Labour Party led by Perkins stood no chance of winning an election, the press barons took no chances.”LABOUR VOTES FOR SUICIDE” raged the Express. Even the Daily Mirror traditionally loyal to Labour, thought the choice of Perkins was the end… (even  The Guardian and the Financial Times) conceded that the election of Perkins would be a catastrophe”.

There are differences too. It currently seems most likely Corbyn may face a coup not from the ruling elite but from his own MPs many of whom seem wholly uninterested in the simple fact Corbyn has been elected entirely, fairly and democratically within the rules of the party, indeed by a huge margin.

Perkins is also clearly not Corbyn. He is a younger man and an ex-Sheffield steelworker. He bears no resemblance to the aged intellectual Michael Foot who led Labour at the time the book was published. Nor is he anything like Tony Benn, who the book’s author Mullin and Corbyn himself were both close to.

One character at the end of the book “is said to spend his evenings writing a book about what really happened to the government of Harry Perkins. There must be some doubt, however, as to whether it will ever be published”.

Is Harry Perkins then, supposed to be Harold Wilson, the dynamic young Yorkshire Labour leader whose once promising premiership ended in a sudden and mysterious resignation amidst rumours of an MI5 plot against him in 1976? Even their names are quite similar. ‘Harold’ is the very nearly the same as ‘Harry’. ‘Wilson’ is  as ordinary sounding a name as ‘Perkins’. But Harold Wilson was never as left-wing as Perkins is (or Corbyn). Ultimately, Perkins is a fictional character.

Soon, in the book, Perkins’ right-wing enemies are crowing, “There’s been nothing quite like it since the night Allende was overthrown in Chile,” says one, referring to the CIA coup which led to the deaths of 3,000 people under General Pinochet.

Another boasts: “everyone should feel proud…there had been no tanks on the streets. No one has gone to the firing squad…it was a very British coup.”

Let us hope, whether in power or opposition, that Jeremy Corbyn can escape the same fate. 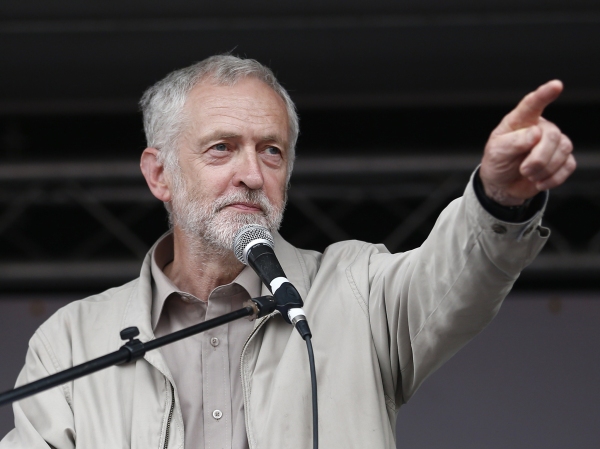 One thought on “A Very British Coup Revisited”