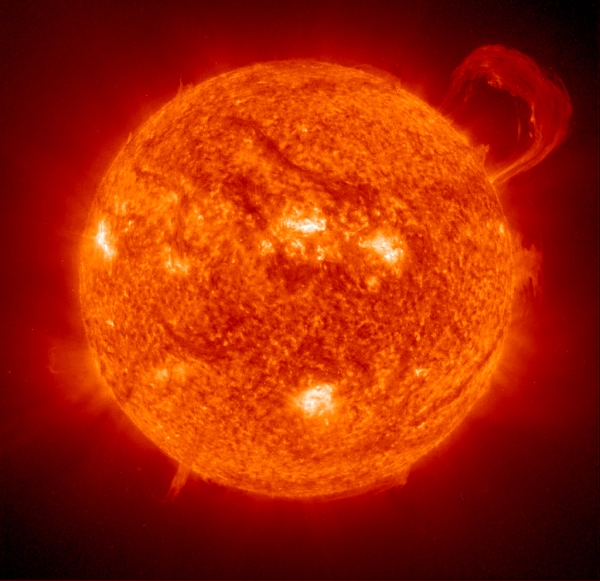 Opposition leader Ed Miliband has come under fire after a speech which arguably exploited ignorance of today’s partial solar eclipse. “People of Earth, make me your leader or I will use my power to blot out the sun forever,” Mr Miliband said. “As a portent of things to come, I will blacken most of the sun’s light for a short period this morning. You have been warned”.

This is thought to have been a rare instance of the sun helping the Labour Party.

It is thought that the eclipse will consume 83% of the sun’s light. Prime Minister David Cameron admitted this was a substantially lower figure than he had promised a few years ago but warned that solar blackouts would become a regular feature of life under a Labour Government. UKIP leaders meanwhile have blamed the eclipse on EU migration and have called for a temporary boycott of the sun in protest.

The Sun Always Shines On TV: A Ha

Day of the Triffids

One thought on “Solar eclipse fun”