Yesterday was a good day for Britain.

Most people now recognise that gay people should enjoy the same right to a happy and loving marital relationship as heterosexual couples. Yesterday, most MPs agreed.

Had Chris Huhne’s parliamentary career lasted slightly longer he would have got to vote on the issue too. But perhaps, in retrospect,  he was not the most qualified figure to pass judgement on issues relating to marriage.

The arguments against the gay marriage proposal largely articulatred by the Immoral Minority aka the dimmer half of what used to be known as the Silly Party (the Tories) are easy to dismiss:

The only annoying thing is that we owe this historic change to David Cameron, the leader of the traditionally homophobic bunch who tried to ban “gay propaganda” in schools and not to the traditionally more sensible Labour Party.

On the plus side, Cameron is clearly a better man than most of his members: he seems to have hopelessly split his party in the process. 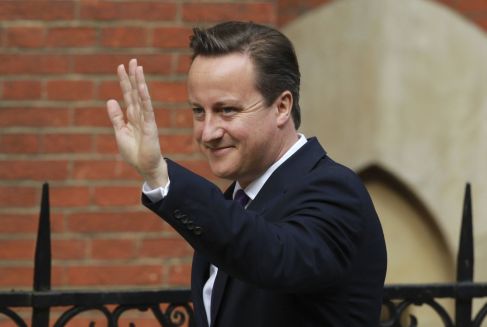